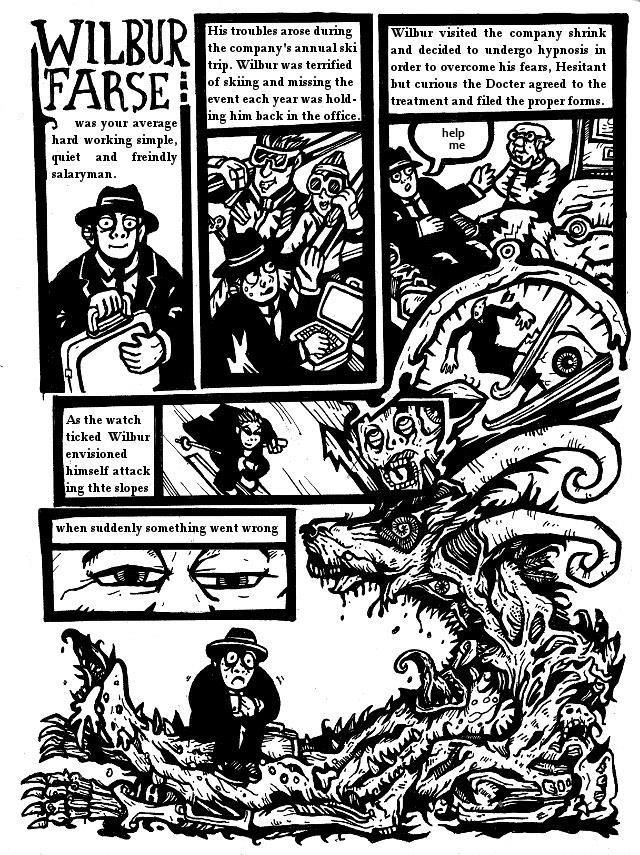 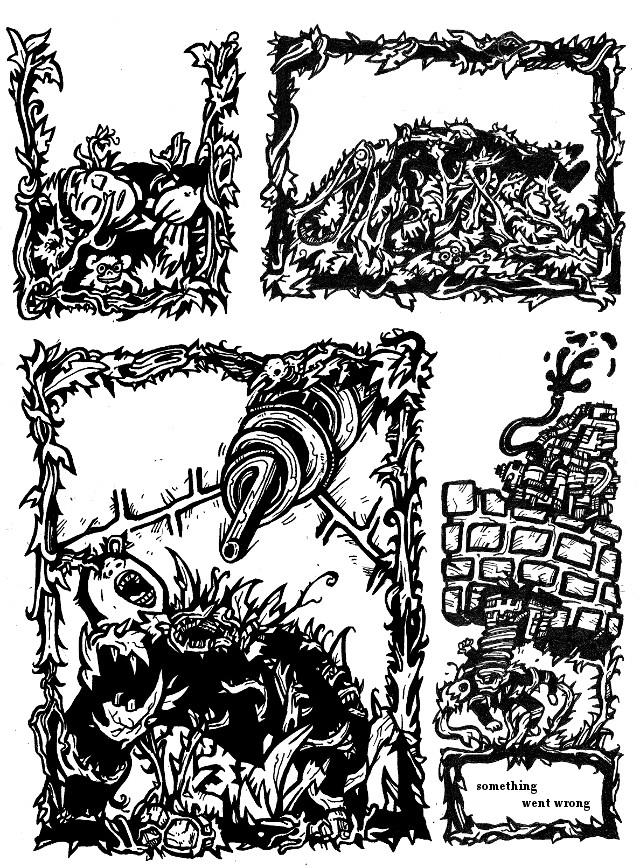 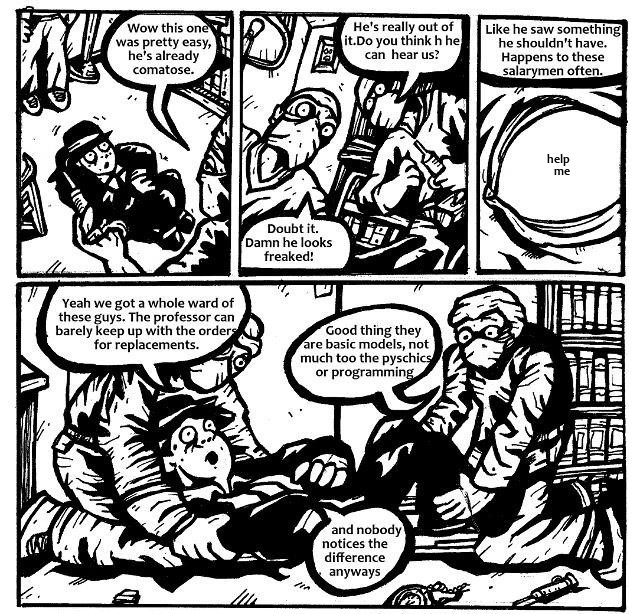 This page has escaped from the "Replacements" storyline, continue reading  the Surreal Comics here!

Wilbur was a hard working prosperous young business-person with a bright future and happy home. The only  obstacle remaining in Wilbur’s corporate ascension was the restraining anxiety preventing his participation at varied company  gatherings. Wilbur knew that it was on these weekend business trips that the big deals were sealed. His social inhibitions had to be conquered one way or another.

The office offered employee therapy, so Wilbur sought help from the appointed psychiatrist in the form of hypnosis. The plan being to remove the irrational  anxieties once and for all.  Something, however, terrible occurred during the hallucinogenic surgery. Wilbur’s eyes opened wider than physically proper and he began to quiver, mumble and sweat. He huddled himself fetal hitting the floor hard,  arrested by shock and caged in a coma. The twisted expression held like cement, and   kept it's demented position even as Wilbur was carried away.  One can only wonder what it was that Wilbur saw, yet even in their most private and hidden thoughts those present at his removal, and the hospital unveiling, dare not ponder the subject long.

Wilbur is one of several seemingly unrelated victims of this strange unconscious paralysis.  Numerous hypnosis patients have turned up comatose while similar symptoms suggest a slower, yet highly contagious, version of the illness has infected the general populace. Meanwhile several important people have vanished but no one seems to have noticed! The unusual epidemic and it’s effects on world weirdness appear to be beyond comprehension, but what else would you expect from a book called… SURREAL COMICS! New Webcomic, strange stories, monster nightmares, technological creatures and natures retaliation! Read the whole nightmare online fall 2010