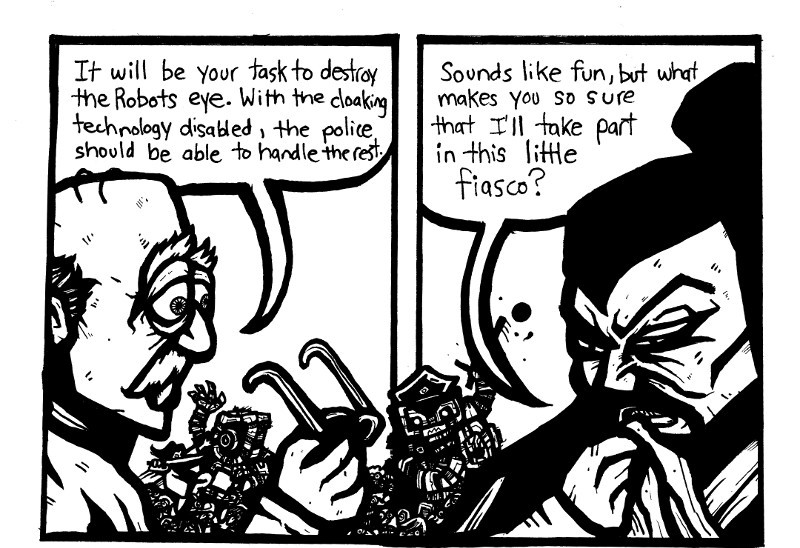 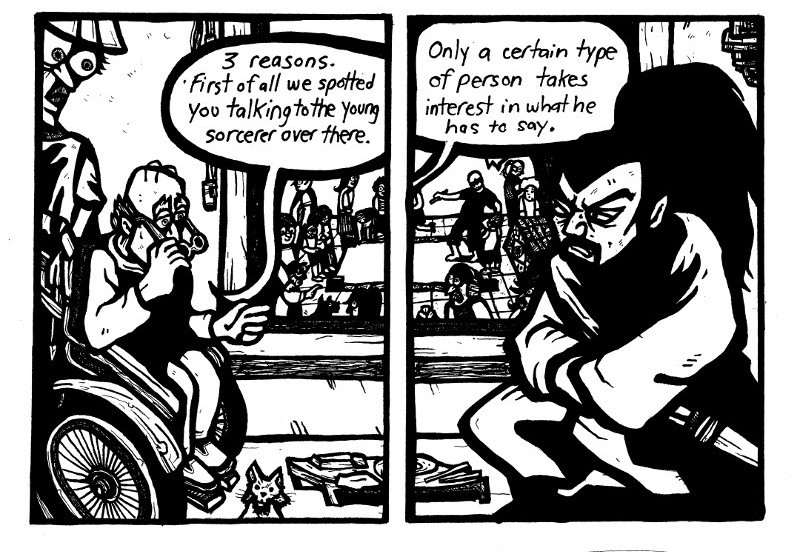 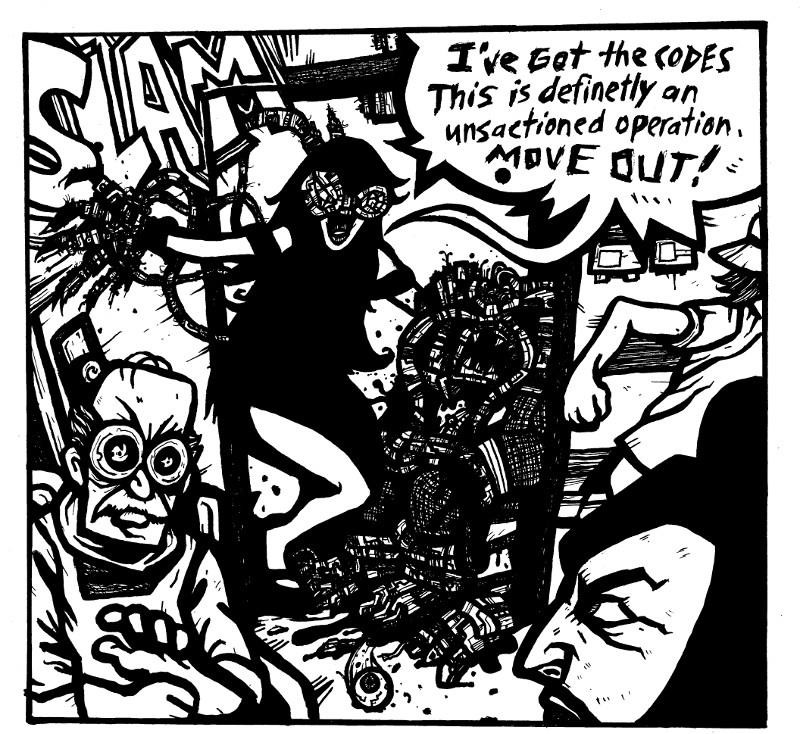 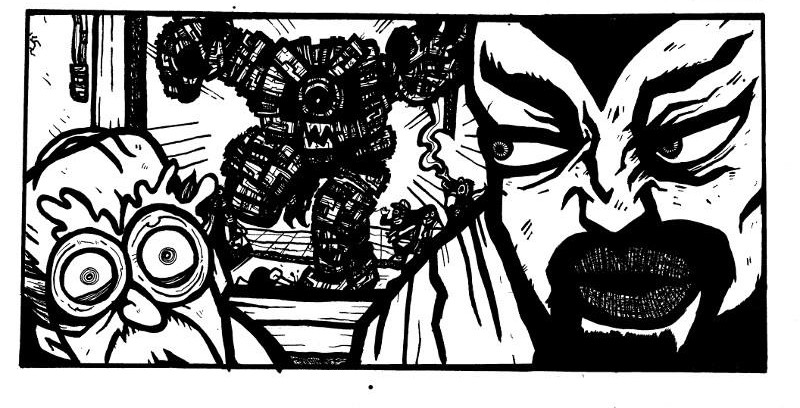 HEY APATHY! SAMURAI DRAWINGS! Book 2 Page 7 As the strange and mysterious vigilantes continue to question the wandering Samurai more and more secrets are revealed! Who is the weird old man and what is his connection to the wandering Ronin? As the plot thickens lost memories resurface and the history of the Gear is slowly revealed through a bizarre and literary genealogy. But I digress because as all of this conversational reminiscing occurs a giant and violent Robot Gangster is already on the loose! Can these heroes stop the mechanical beast or is it too late!!! Read comic books online!

"THE DEMONS AT THE BLUE GATES PORTAL RIFT PT. 8"

SAMURAI DRAWINGS SIDESTORY: As the magic portals were specifically designed to receive water the entrance of the Ogres induced a horrific alchemy. The bodies of the beasts were transformed into a heavy liquid and recombined at the Blue Gates. However the process was far less than perfect as the spells required had not been in place. The creatures were reconstituted with heavy mutations including extra appendages, eyes, decayed and deformed skin and as you can imagine the beasts were not pleased by the experience. If a savage fit of madness the creatures were released upon the City charging the entrance way with murderous intent.

Fortunately this same miscalculation sent an alarming rift through the manipulated aura of the attacks. The beasts in the portals disrupted the black magicians attempts to disguise the attacks. The shock of the sudden change and realization could actually be seen on the faces of the monks who usually remained so calm it was difficult to tell if they were even awake. Telepathic signals were shot out across the City warning all the soldiers and advising on magical counterattacks. However it was almost too late for proper measures too be taken as most of the warriors were already engaged with the Ogres at other gates. The situation called for an unprecedented resolution as a squad of monks took flight from their perpetual mediation and headed towards the blue gates to close the demonic portal.

The situation had changed drastically from both the peaceful springtime and the treacherous plans of the businessmen. There was no longer any threat to the waterways but instead to the entire City. The portal had mutated and multiplied the savage creatures and there was non end in sight. The beasts had already begun to tear apart the walls around the Blue gates and it was only a matter of time before they would be feeding on the panicked citizens.

The monks knew they could shut down the portal if they had enough time to chant the counter spells. However they knew this was a risky mission and had expected to lose their physical lives in the process. It was a tricky situation for they could only spare six mediation masters from the temple without compromising the City's security. The monks would have to sit directly in front of the portal for 120 seconds to apply the magic. They could afford to sacrifice two lives but needed at least four monks to finalize the incantations. In essence they had to sit right in the middle of the rampaging demons and survive long enough to stop the horrific invasion or else all would be lost. It has since been speculated that this was the true will of the black magicians who had likely used the greedy businessmen as a means to dissolve the monks unified powers. However luck was on the side of the city and yet another chance happening would resolve the crazy situation. (Finish Reading...)