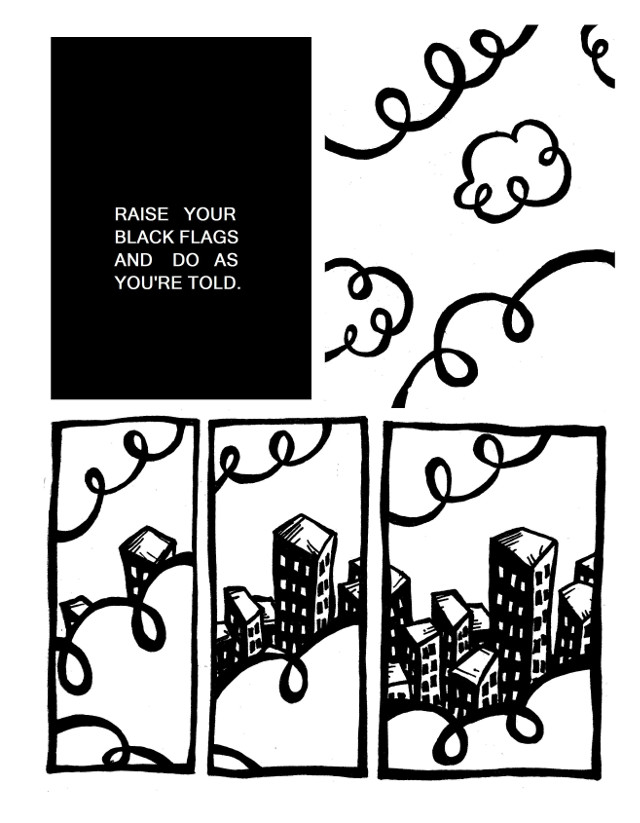 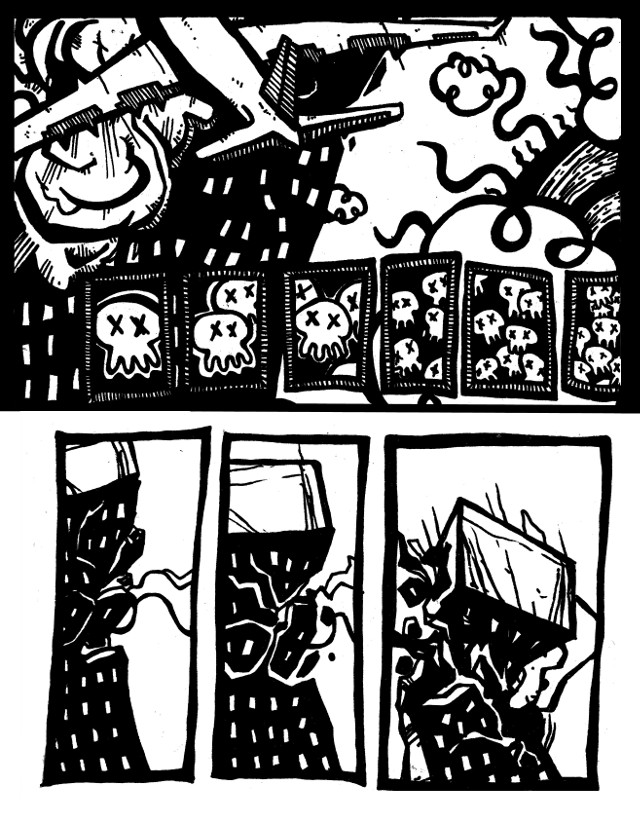 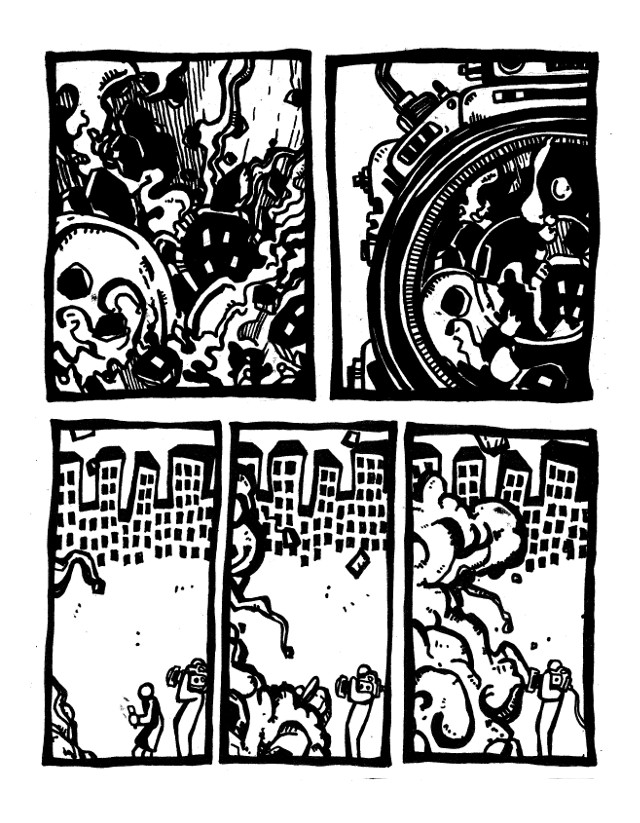 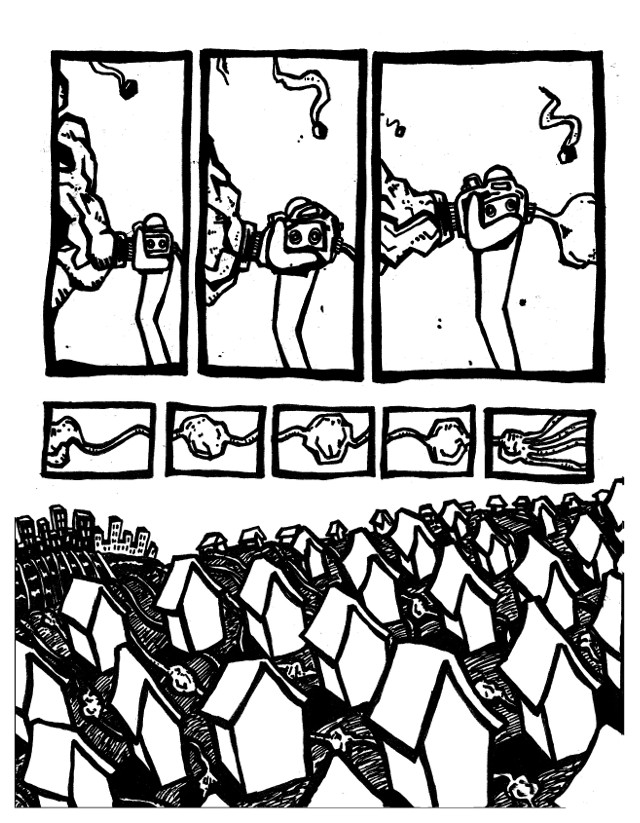 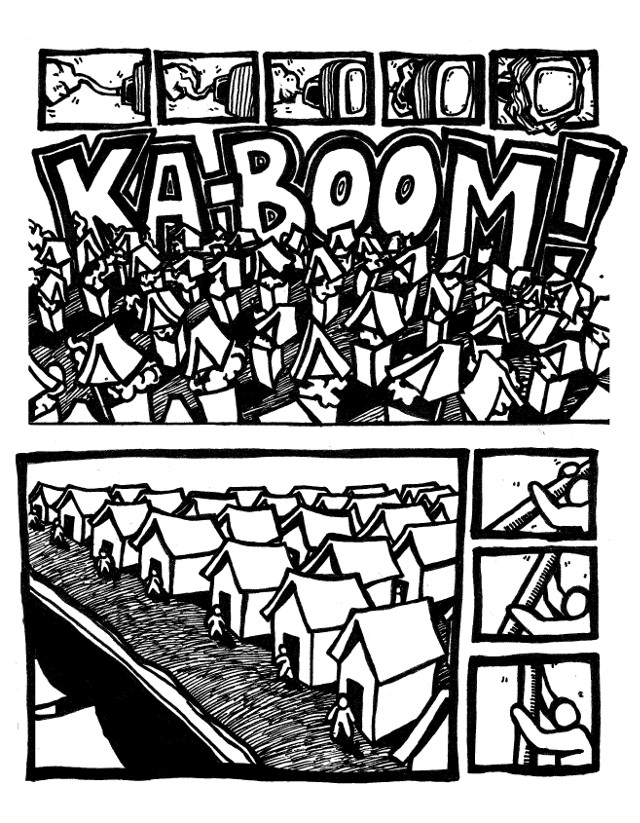 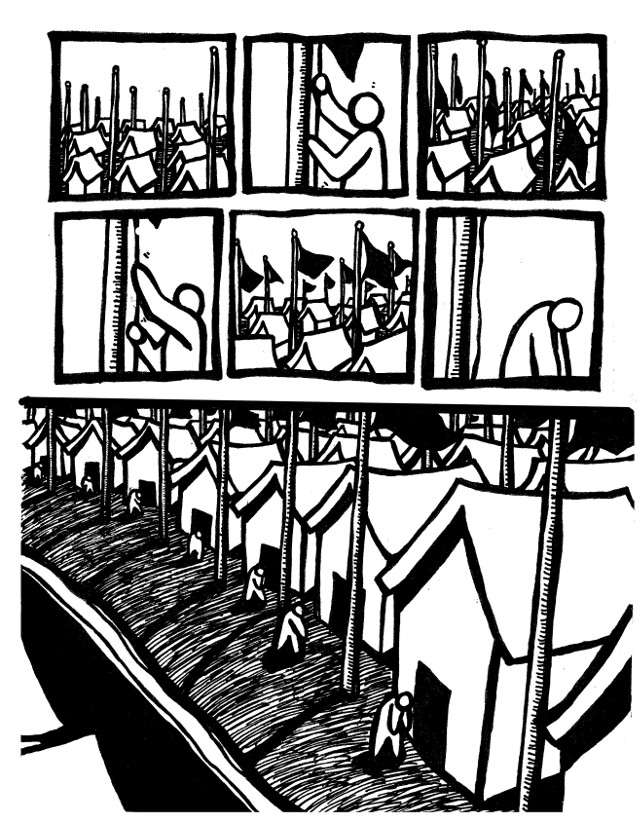 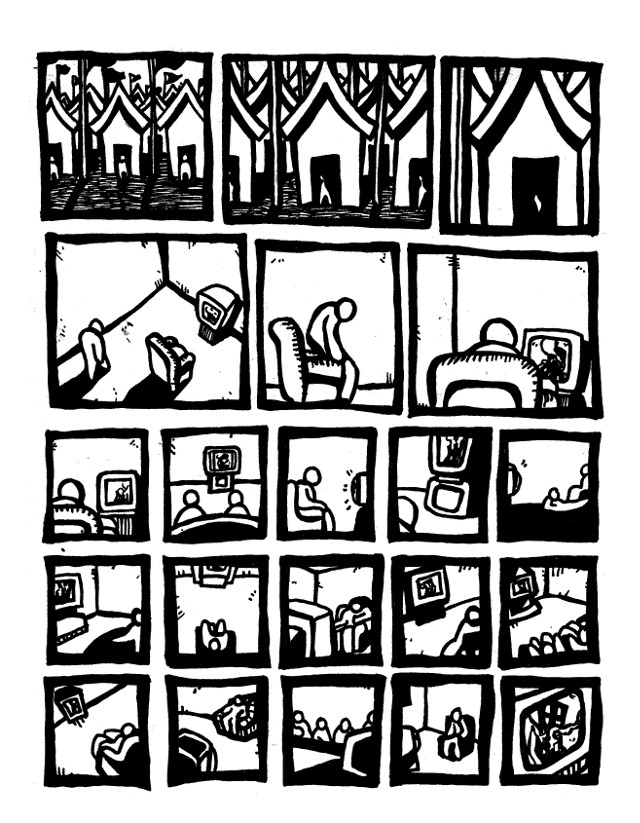 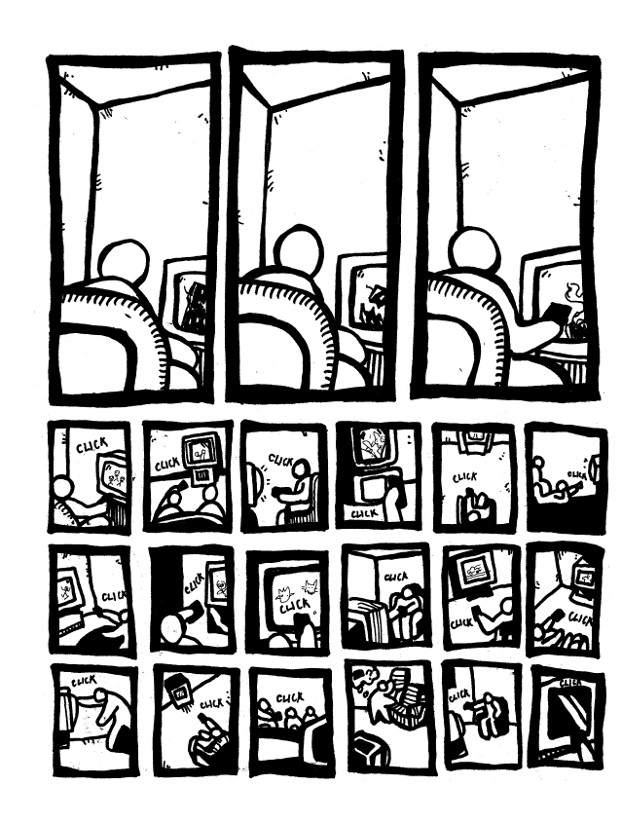 RAISE YOUR BLACK FLAGS & DO AS YOU'RE TOLD

POLITICAL COMICS:Following the historically catastrophic destruction of a major architectural sepulcher in the City of Gears, an en mass mesmerism ensues. Capturing the terrifying events on video, the horrors are transmuted telepathically through out the world by means of carefully composed television shock-waves. Instantaneously the faceless cog peoples of the gear fall under an inhibiting spell and begin submissively banding together against an unknown enemy.

On each and every doorstep, the peoples raise their black flags of hatred before retreating to the safety of their homes and TV's. Reports and accusations precede instructions and despair until an inevitable ennui eventually reclaims it's shaken hosts. Soon enough the tiny assimilated citizens lose interest in the occurrence and one by one, the channels begin to change.

As deeply horrified as I was by the events  I was equally concerned about the public zombie like comments, attitudes, and misinformed actions which followed. It was instantly apparent that the brunt of the destruction had been done to the collective unconscious, our humanity and our freedoms and that the psychical damage was only the beginning of the attack. I instinctively composed this little alternative comic strip metaphor comparing the television aftershock (which I experienced) to the real one (which I did not), entitled "Raise Your Black Flags and Do as You're Told".

Although most of the imagery from my first series of ink drawings "HEY APATHY! and THE APOCALYPSE" was developed more than eight months prior to the events of 9-11, the symbolic proclamations of the artworks were especially emphasized by the atrocity. This short story was drawn and published as a limited edition photocopy zine two days after the attack. A second printing was issued the following January as part of my first major exhibition at the Ontario College of Art and design. Since then the story has retained it's revelance time and again being published several times including in an oversize anthology of “HEY APATHY!” comics entitled “The End of the Line” in 2013.