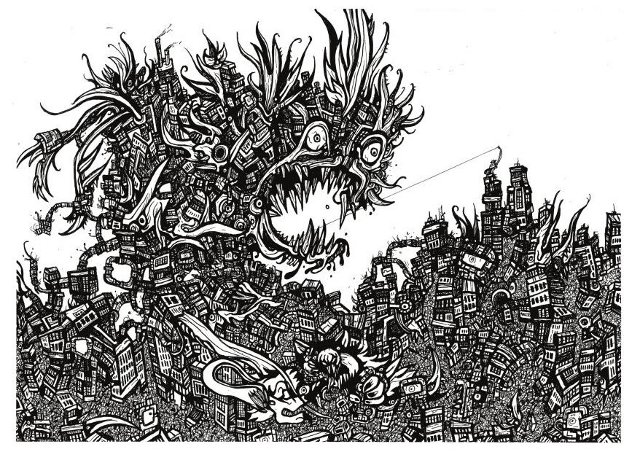 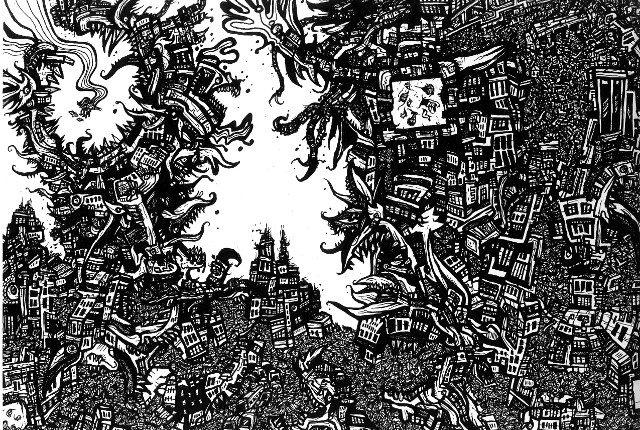 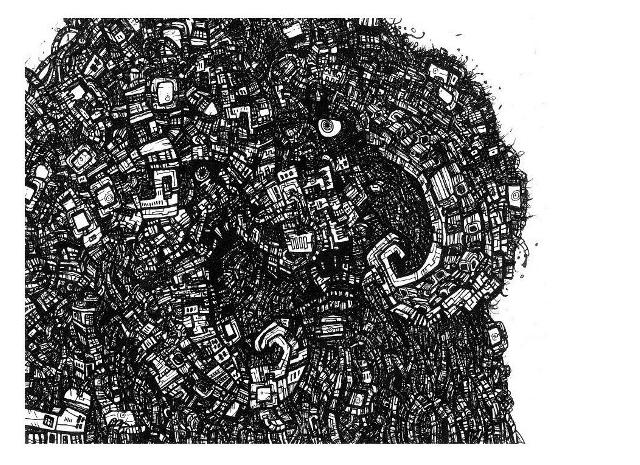 STRANGE TALES OF THE MONSTROUS METROPOLIS

PEN ARTWORK AND URBAN MYTHS! The City roars ferociously in a tidal wave of bricks and mortar! Buildings excavate from their foundations and the streets begin to curl. A strange surreal formation takes the place of the metropolis. Concrete separates revealing a giants eye, the towers have become a sea creature! The crowds run in all directions seeking cover and discounted purchases, but there is one apparently insignificant individual who expresses absolutely no fear. Perched atop one of the buildings is a tiny little fisherman. He has hooked the great beast and continues to battle! No matter how overwhelming the city becomes, he keeps trying to reel it in!

A female model is trapped on the face of a commercial skyscraper; her billboard belly perpetually annihilates young women by way of a subliminal force. The ominously flickering screen engulfs the mind and bodies of young women; victims intrinsically drawn into a vortex of unobtainable dreams. And the City of Gears spins on. Fortunately one potential target has developed an immunity to the advertisements prowess. In an unassuming 13th story urban apartment a girl is studying and learning to play the violin. The music, read from alchemic notations, surrounds her with indescribably majestic intonations protecting her from the popular destruction of the world and chaos all around. 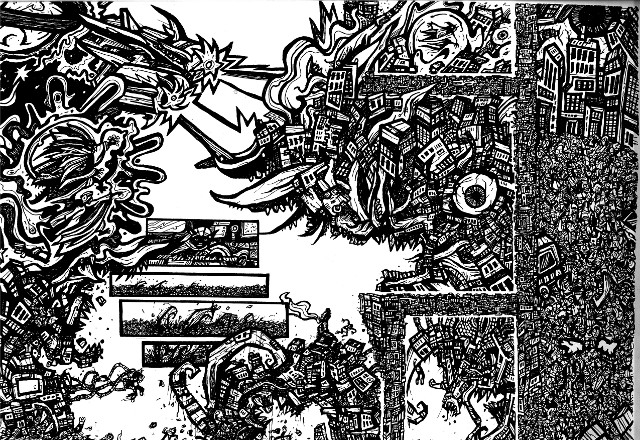