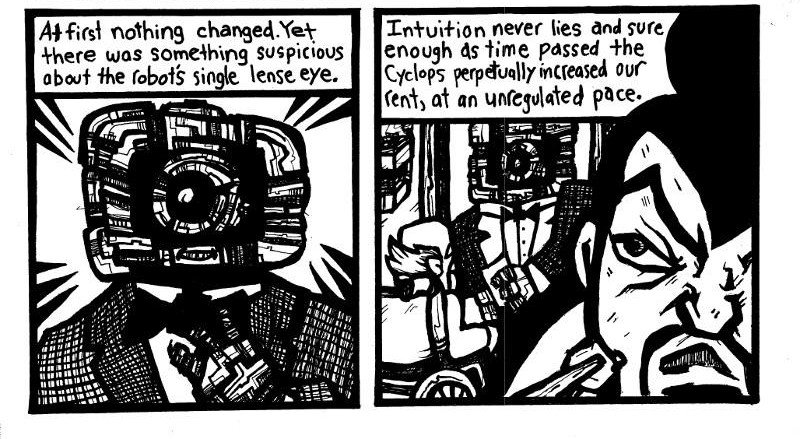 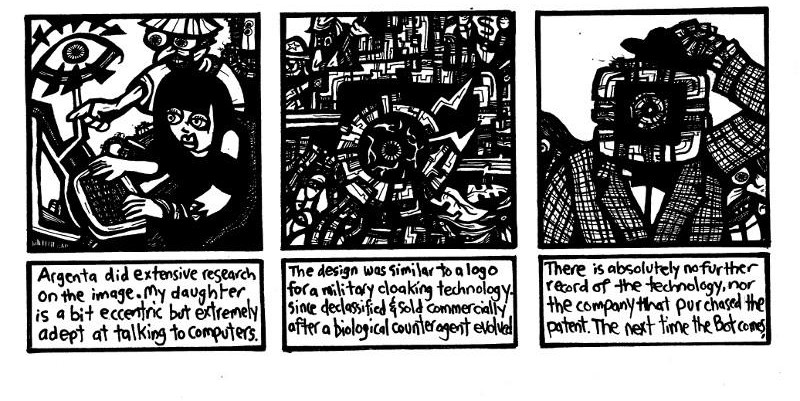 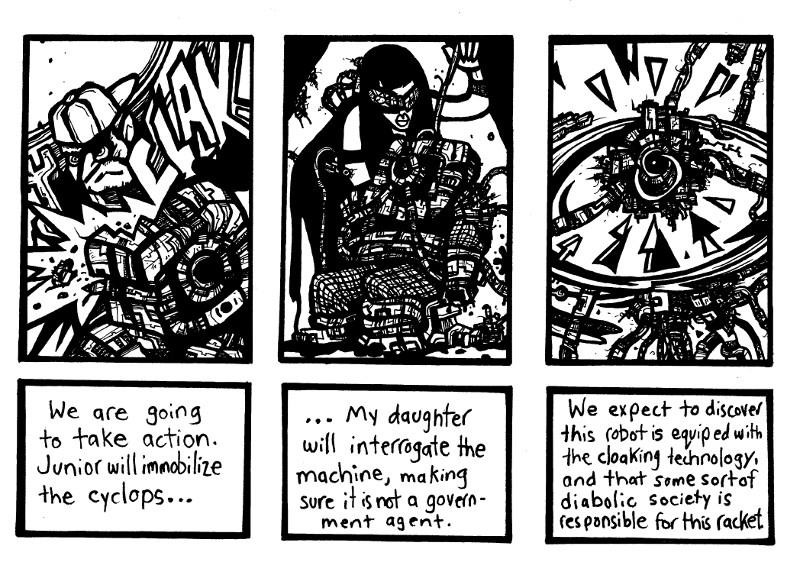 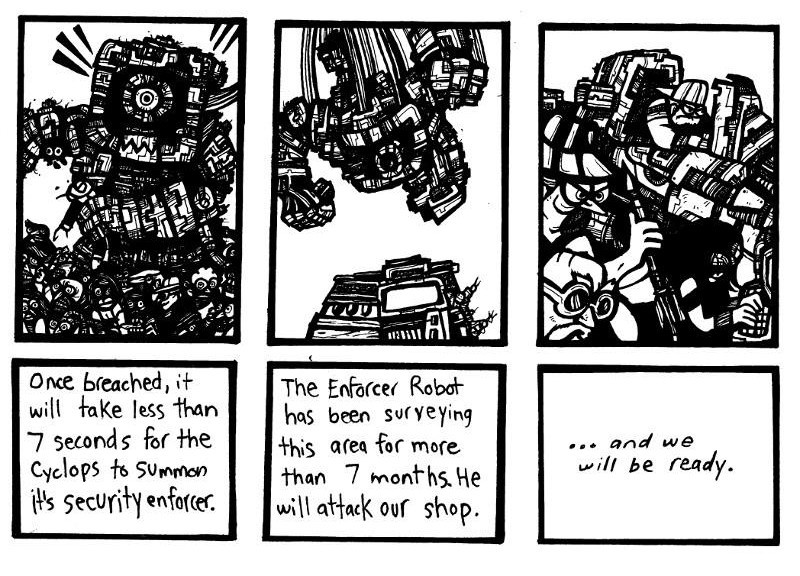 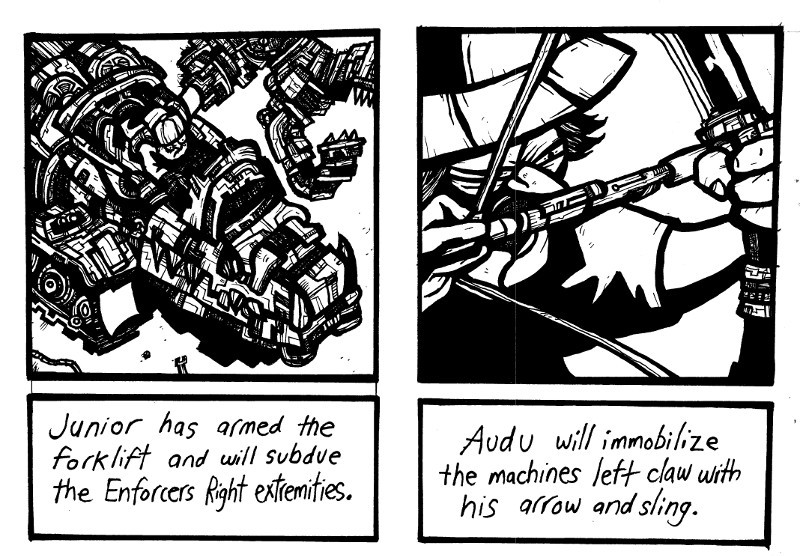 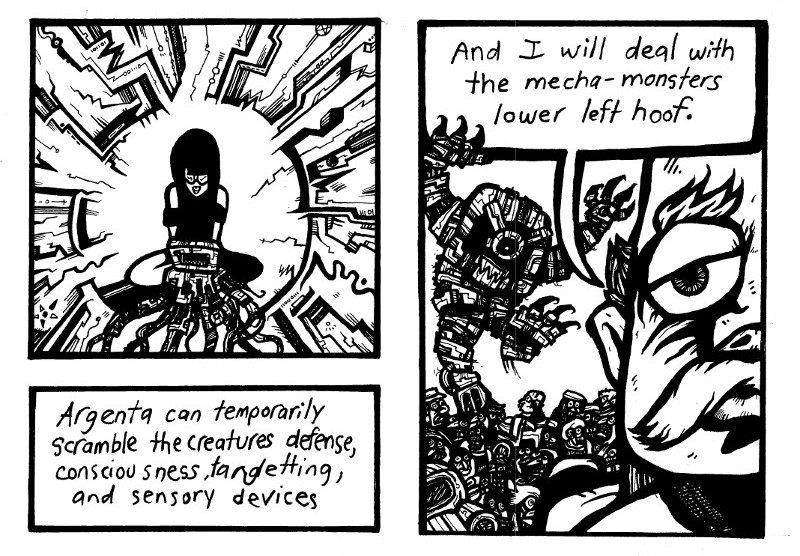 Free Comics Online! HEY APATHY! is an ongoing artistic investigation into people, monsters, the metropolis and the mechanics of being! Follow the weird adventures of a Samurai, a Superhero, Misfit Vigilantes and a bald Graffiti Street Artist as reality and the imagination collide in this collection of weird tales! Part auto-biographical and part fantastical it’s up to you to differentiate, though I don’t recommend you spend much energy on the debate, just sit back and ride the factory wheel. Welcome to the City of Gears!

"THE DEMONS AT THE BLUE GATES PORTAL RIFT" PT 7

The evil attack on the Blue Gates was unfolding in perfection. The combined forces of the black magicians and ninja had masterfully executed every aspect of the plan maintaining the stealth, speed and timing necessary to steal the City's water. The giant portals disguised as storms moved rapidly towards the destination while hordes of violent Ogres diverted the City's top soldiers from the primary ambush. As mentioned earlier this Ogres have very specific tenancies regarding harsh weather. For some reason the beasts, unlike most wild animals, are attracted to storms. Like the harsh weather the Ogre's become actively destructive and generally attempt to congregate in the heart of the storms. The villains had counted on the monster's habits and used them to avoid suspicion as it was not uncommon for such rampages to occur under these sorts if circumstances.

However it was this exact routine that led to disaster. Although the Ninja had guided hundreds of Ogre's into strategic position neither the secret assassins nor sorcerers had imagined what would happen next. Despite being dull minded the Ogres have incredibly powerful sensory perception and are extremely in tune with nature and their surroundings. Instances have been recorded of Ogres following the scent of even the tiniest prey in a forest of pollinating flowers. The study of the beasts has received far less attention than the attempts at extermination but what little we do know about their intuitive actions is impressive to say the least.

The storm manufactured by the black magicians must have affected the Ogres in an unusual way. While the herds manipulated by the Ninja seemed to be acting accordingly a strange phenomenon was occurring far off in the distance. Ogres from all over the country side began moving towards the check points where the evil wizards had set up the exiting portals. The were the locations set up to receive the stolen water and divert it into various lakes and containers. For all magical purpose the portals were meant for exit only and must have been transferring elements from the central storm. It is likely that the unnatural composition of the weird weather set the Ogres ablaze for the each of the external portals was raided with viscous force. In fact the beasts were so riled up that the guarding Ninja and supervising Sorcerers didn't stand a chance. Later investigations discovered that those that did not escape were gruesomely annihilated as the Ogres forced their way into the magic doorways. (Continue Reading)