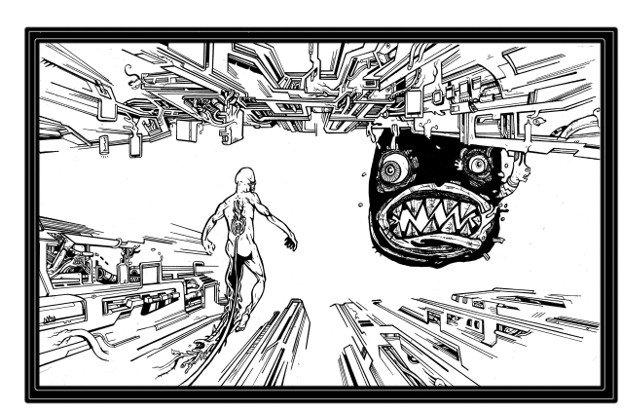 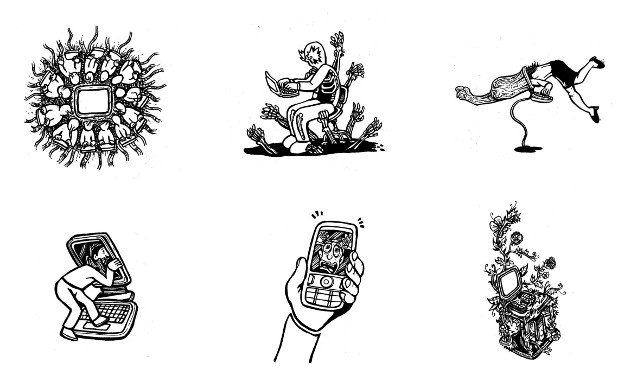 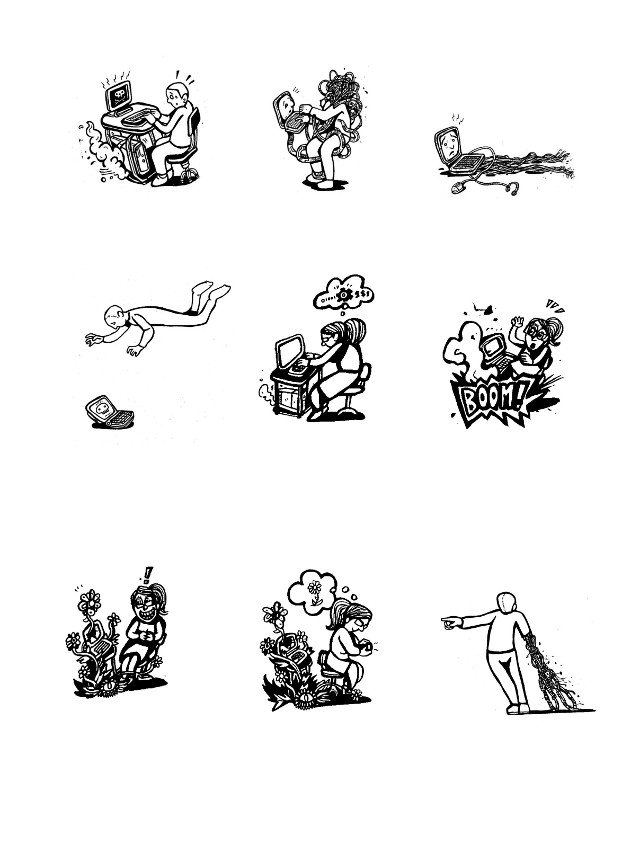 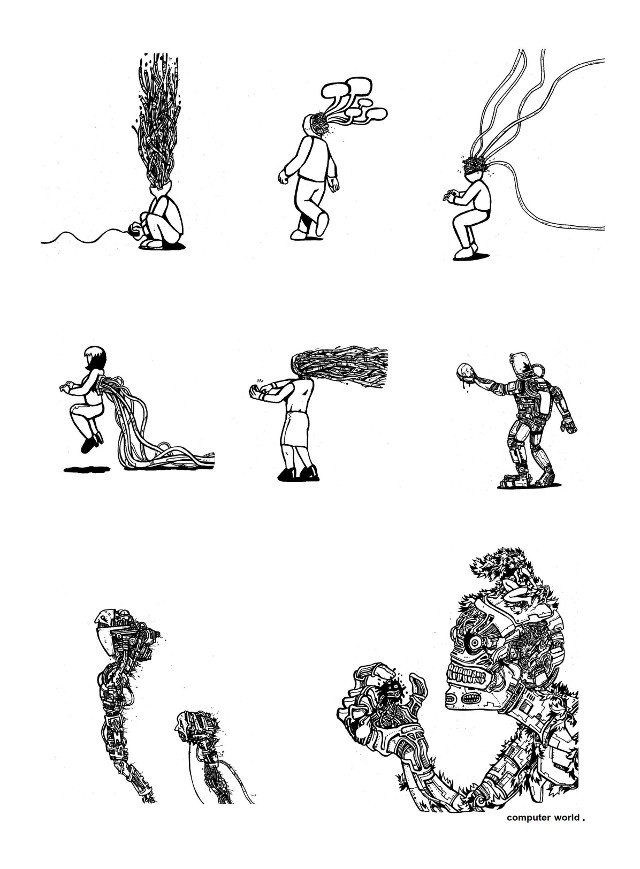 Satirical Comics “COMPUTER WORLD” is a short surreal stream of consciousness regarding our addictions and dependence on tiny electric boxes. I was a little bit late to the game having spent most of the developmental years of the internet as a pen and ink or street artist. I remember trying to download music from Napster and it would take a couple of days to get a half a song. After that I pretty much quit using computers for anything other than a word processor for almost ten years. By this time things had really picked up, not only could I listen to a song instantly I could even watch movies. And not just movies but movies I could never find anywhere, not even in one of those dusty overpriced New York cult film buff basement shops.

However my transition was not so smooth as to just start watching Teruo Ishii flicks, first I had to undergo a major metamorphosis, an entirely new way of thinking. Everything was “right click” this, “left click that”, “save”, “enter”, “scroll”, “back”, “forward” and so on. I tried to explain this to my already converted acquaintances but they all just looked at me like I was crazy. Probably the same way you are thinking of me right now. Nevertheless this was a mental transformation of great magnitude. It took so time before the whole process became second nature but I still couldn't help imagining this new information must have overwritten some of the old brain functions. Sherlock Holmes used say (I've had a tea or two with him by the fire over the years) that the mind is like a cabinet with limited storage and that it is important to use that space only for the most important information and never to waste any space. While becoming computer literate I just couldn't help but notice the thousands of tiny adjustments being made to my daily  thought processes and eventually my daily habits. This was stage one evolution into an entirely new type of being.

Well many many years have passed since then and the whole experience is like second nature. Just like everyone else I check my emails regularly, post on facebook 1000 times a day, surf the web, trust Wikipedia and  all that jazz. The “Computer World” satirical comics was a chance to step back, revisit and re-evaluate our relationships with computers. In order to make these images I decidedly left my house each morning without turning on the machine and sat somewhere quite  with my sketchbook. Funnily enough no matter where I went, the cafe, a park, under a bridge or an abandoned building, there was always someone there typing away...