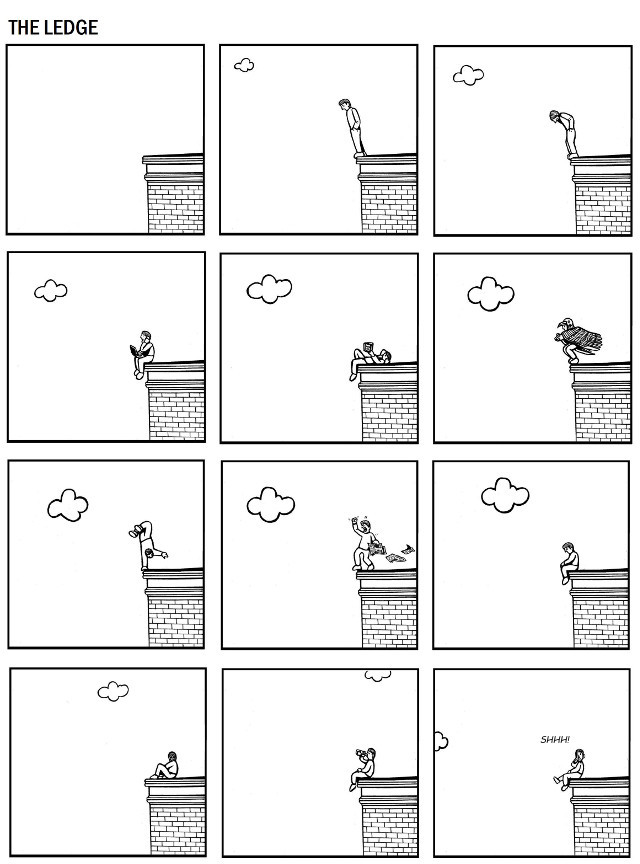 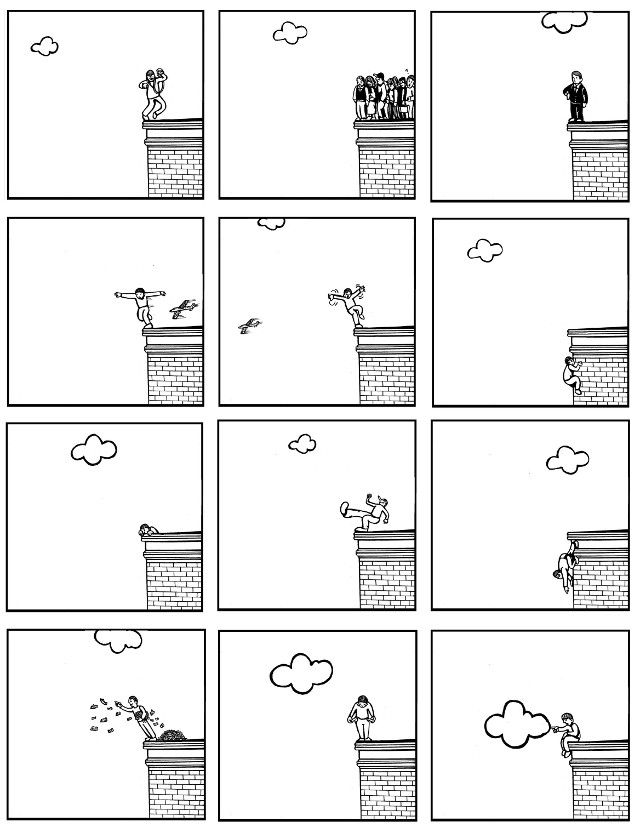 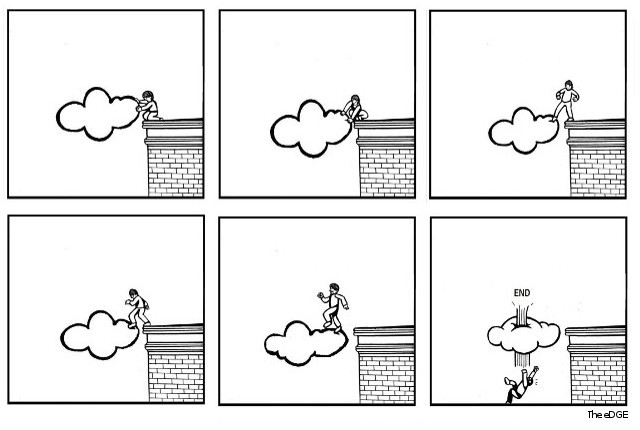 PONDERING LIFE ON THE EDGE OF A LEDGE?

Funny Comics Online “The Ledge (the Edge)” was the third installment in my stream of consciousness trilogy. In this surreal sequential narrative our nondescript protagonist has taken up residence on the ledge of some tall building. While hanging out there he finds all sorts of interesting ways to pass the time; reading, singing, drinking, dressing up like a bird man and learning to fly, all the usual things people do on the roof. Sometimes he's alone while other times the place is crowded. Its almost as though standing on the edge of a towering apartment building isn't all that different from be any where else in the city. And just like anywhere else in the city things get a little bring after a while so we have to take some risks, liven things up a bit. Luckily for our non-hero something out of the ordinary finds him first, a welcoming little puffy cloud approaches the ledge. The cloud looks so inviting, soft and friendly just like in cartoons. Mr. nondescript tests it out cautiously before finally escaping the ledge on the magical flying vapor.

I made three of these sort of sequential stories during the winter of 2011-12. For each story I just sort of started sketching away and let the images take over. The first story I did in the series was “Computer World” in which I picked a theme before starting. This is how I approach most of my ink drawings so I really wanted to change things up a bit. For the second and third comic strips I decided to start completely blind, no theme, no idea and no expectations. Surprisingly the result was a tighter narrative for the following stories. Both “The Sinkling” and “The Ledge” ended up following a single character through fairly linear story lines. All three of these works were done in a little 8 x 8 inch black cover sketchbook that I worked in every morning for three or four weeks in a cafe while watching the wind blow and snow fall all over downtown Toronto.