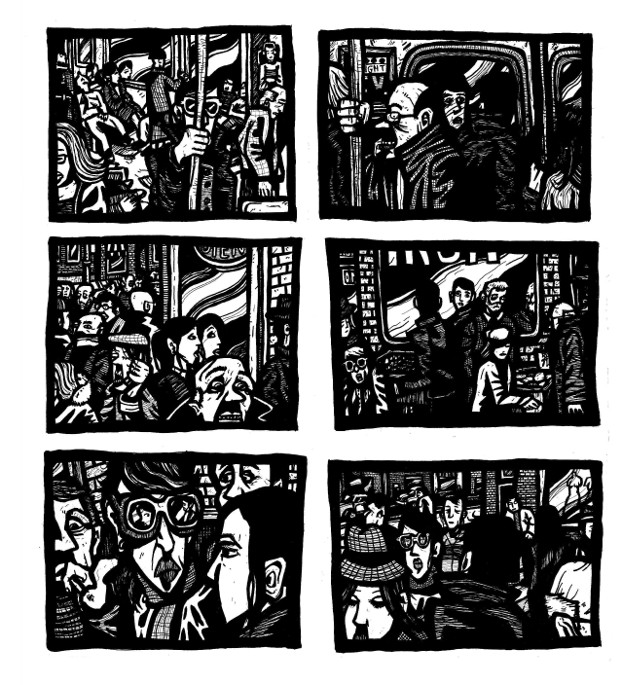 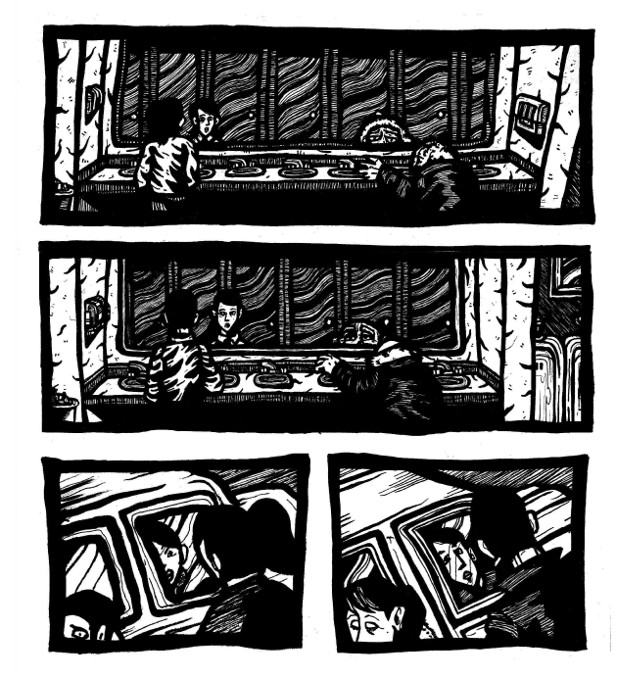 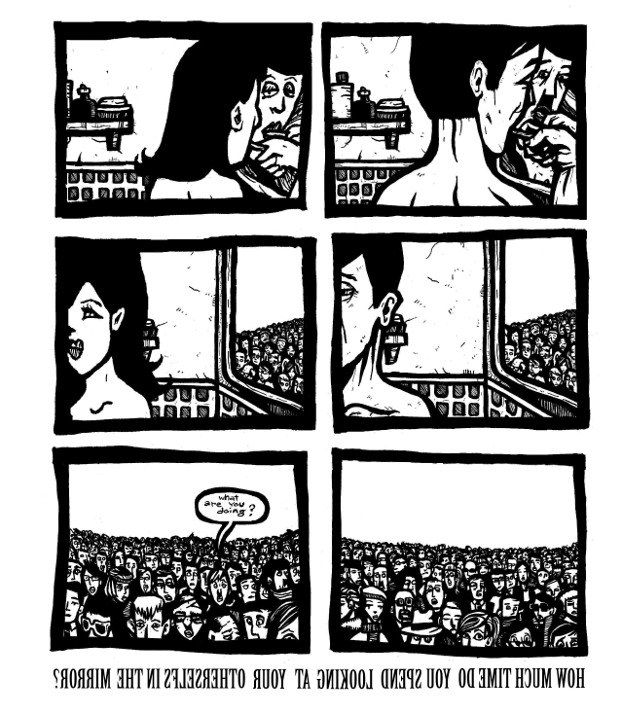 Strange Comics “REFLECTIONS” How much time do you spend looking in the mirror? This weird little voyeuristic tale witnesses two people, one male and one female, as they go about their daily routines. We follow a series of mundane experiences including the brushing of teeth and hair to riding the subway and drinking coffee. The climatic moment of the whole affair is nothing more than a brief moment in the company restroom were the two protagonists, for the first time throughout the entire day, notice someone else standing beside themselves. In this case it happens to be elderly characters who seem to resemble the characters we are pursuing.

It just so happens that in every other instance of the journey the characters are captured staring at their own reflections. Whether it be a mirror, a window or a liquid the characters are perpetually engaged with themselves. It is only in this brief moment in the restrooms when there is almost no one else around that they take notice of someone else. Then again maybe the aging man and woman standing at the sink is in fact nothing more than a future reflection or maybe the rest of the day was merely a memory of distant days past...How much time have you spent looking in the mirror anyways?

I made this comic way back around 2002. I remember being an awkward self conscious young college student at the time and everyday on the way to school I would use one particular storefront window to check my appearance. The window was particular in that is was entirely blackened and gave off an extremely sharp reflection. I liked it because I could indiscreetly make sure I was looking my best before going to class. On many occasions I noticed other people doing the same things and started taking an interest in this sort of obsession.

The next thing I did was started to plan all my mirror trips very precisely. I chose a specific time and certain location to check my hair and clothes each day. I did this so I could observe the habits of others. It didn't take long for me to realize the widespread obsession everyone had with the mirror. Some people wanted to do it secretly while others openly gawked at themselves. Without any other outlet these events initiated the narrative behind these strange comics. Needless to say the whole thing seemed extremely absurd so I opted for a shaved head and a uniform wardrobe. As a result I was able to stop looking in the mirror altogether, which is probably for the best because I was never very good looking anyways