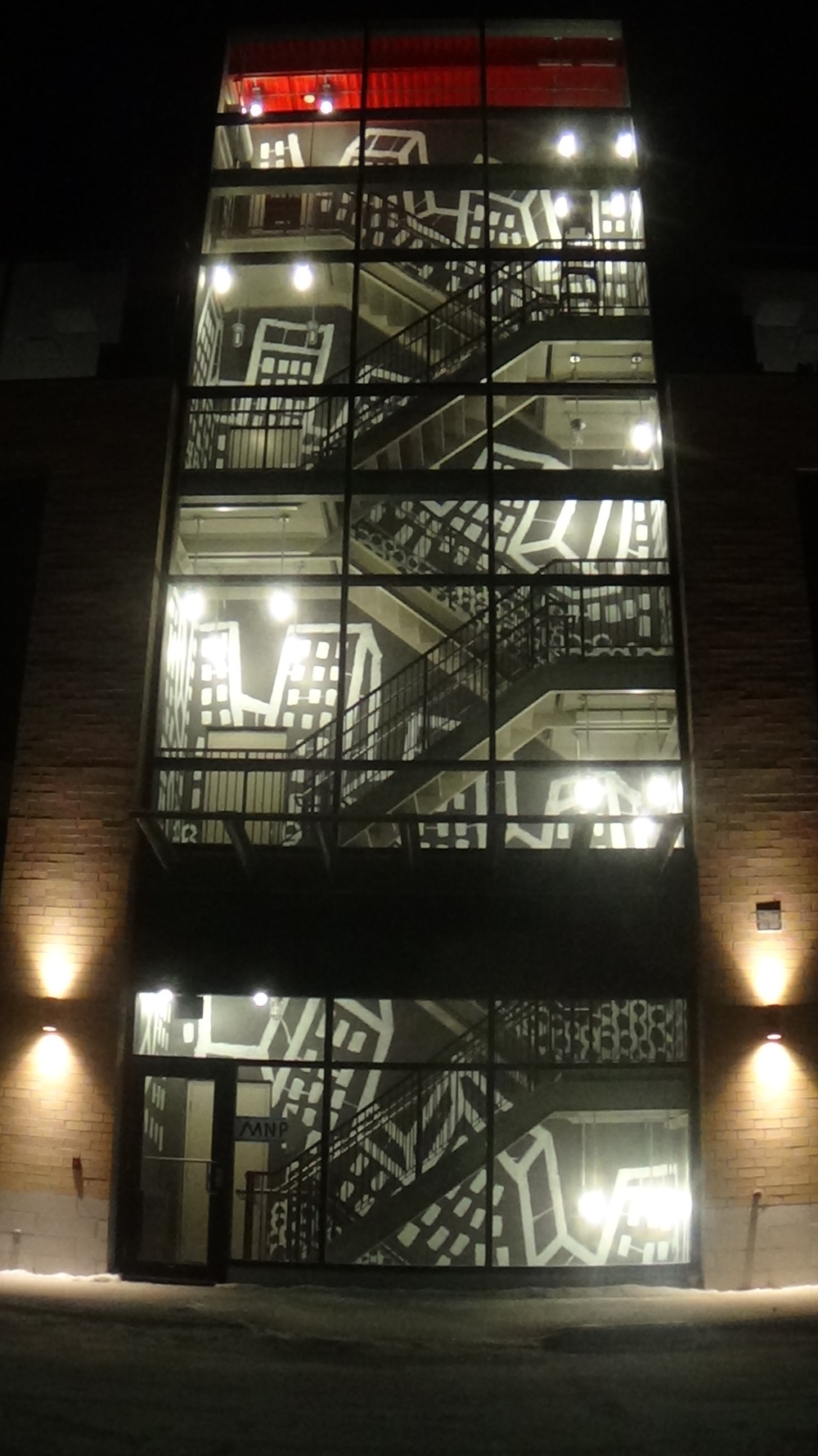 Similar to the crowd scene this stairwell depicts people only this time they are shown separated as individuals as opposed to the massive hordes.

The last stairwell features an exposed brick pattern emphasizing the giant tombstone towers themselves. Like the crowds, individuals and traffic, the architecture is a major entity in the mechanics of being admist the city of gears... 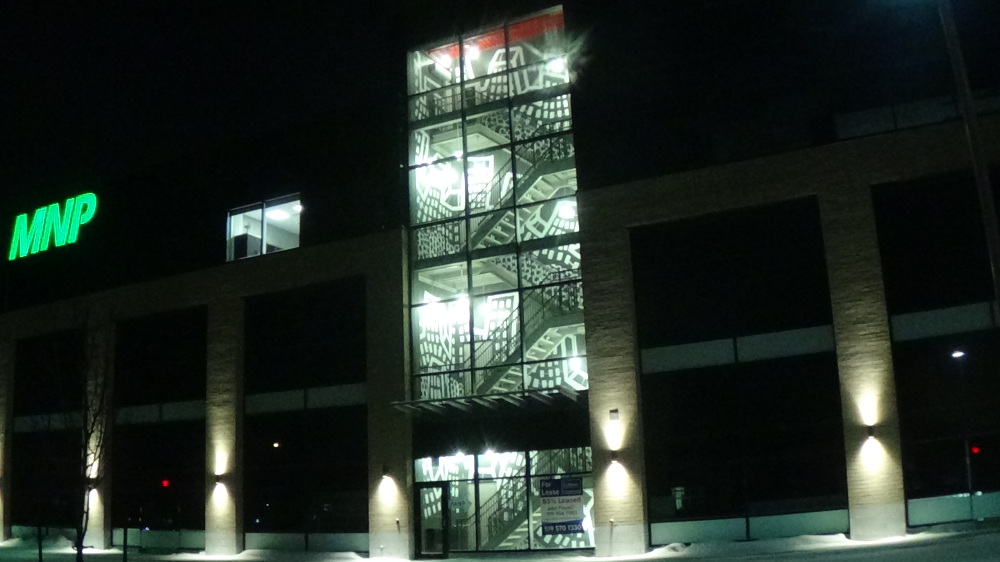