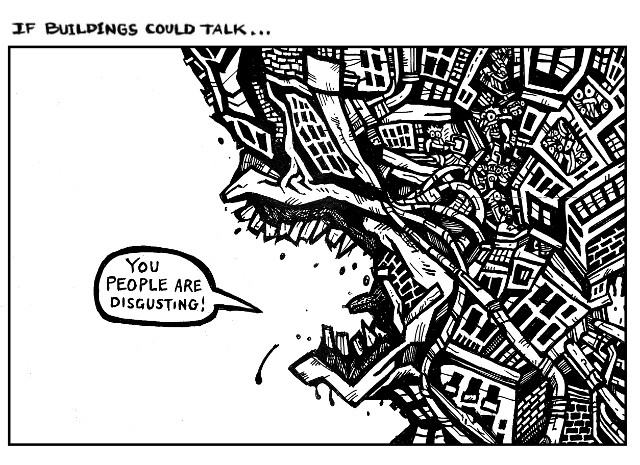 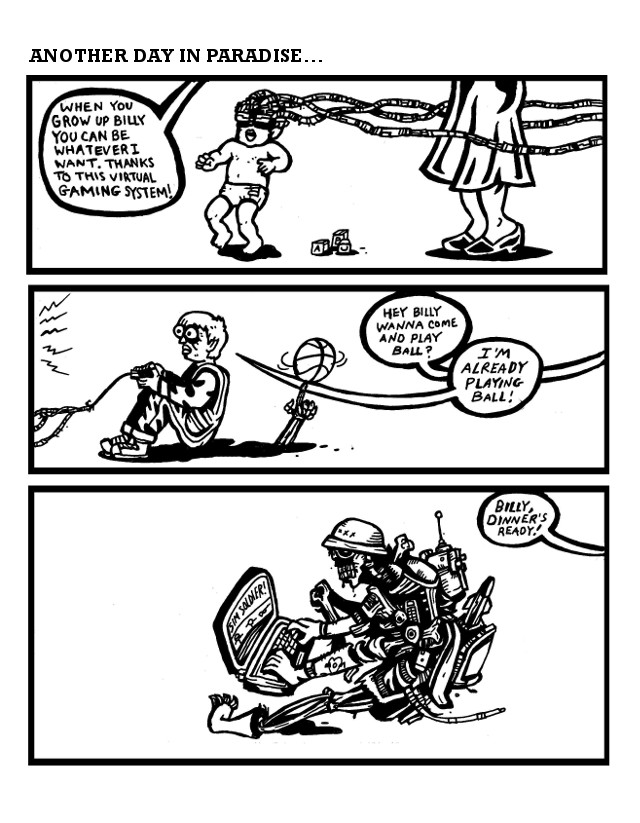 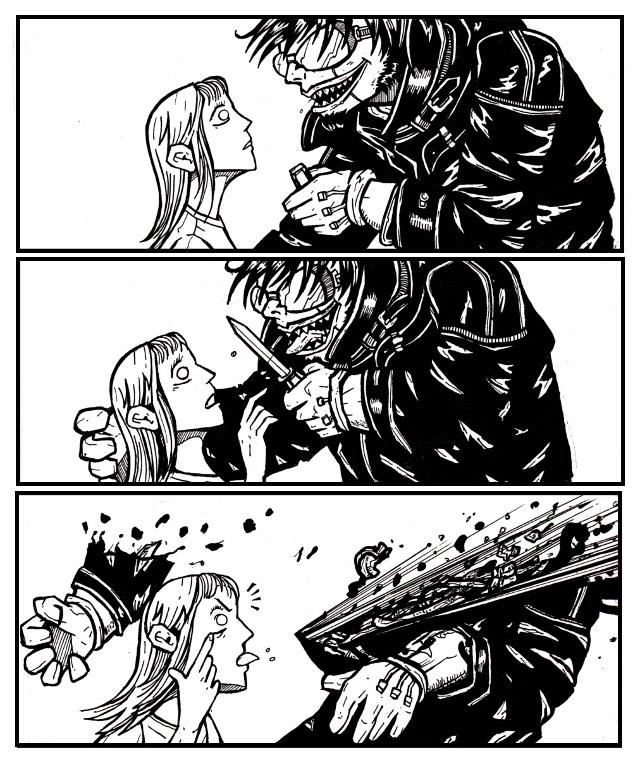 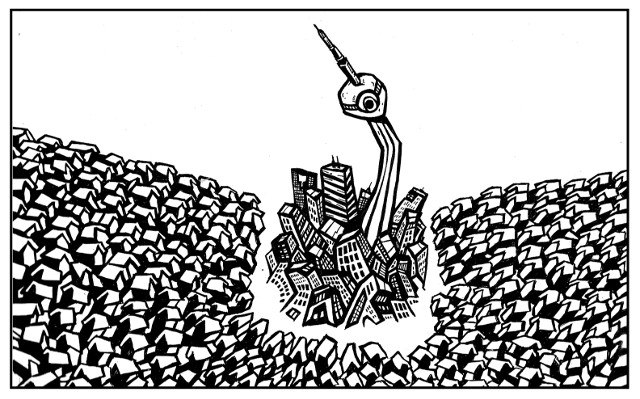 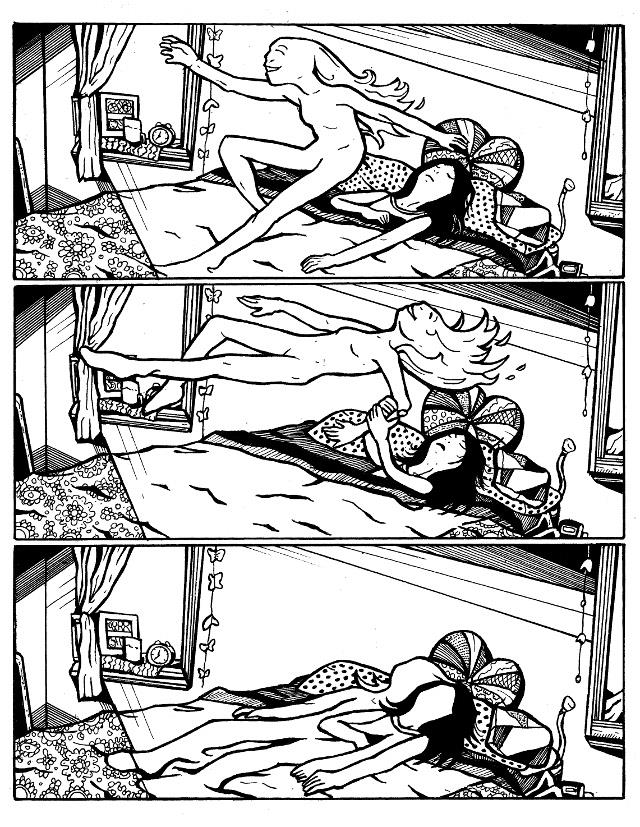 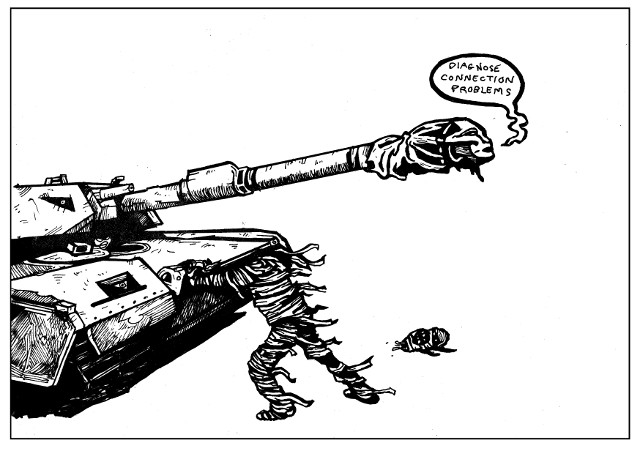 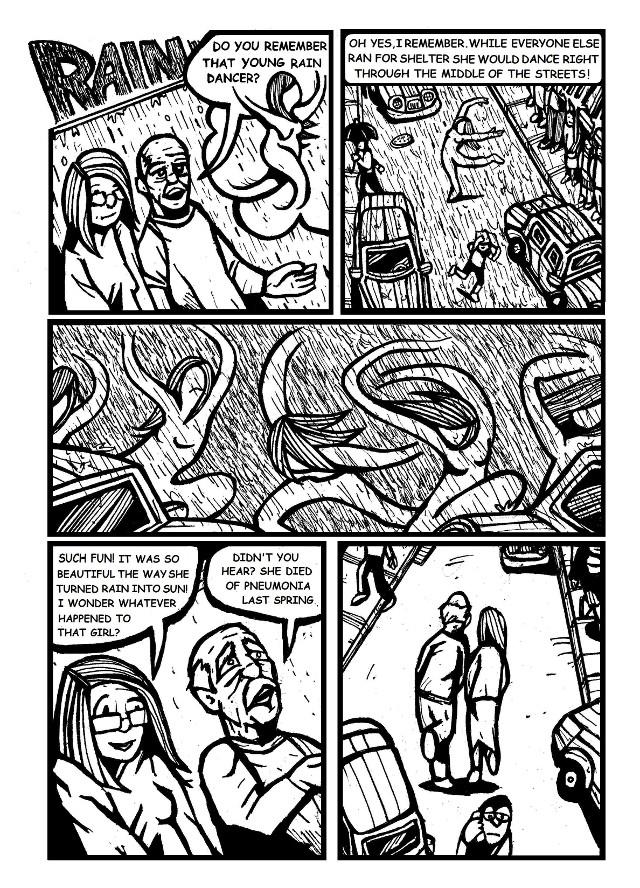 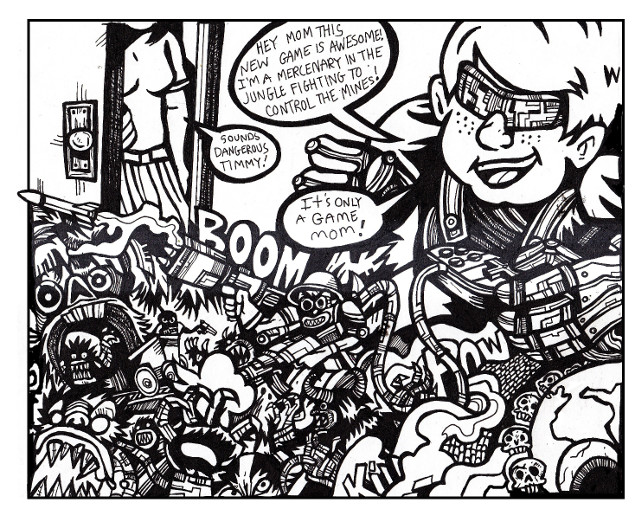 Crazy Comics from the City of Gears! Strange tales of hopeless characters, technological advancements, body horror and metamorphosis are common place happenings in the monstrous metropolis. Watch men turn into fish, children into soldiers and free wheeling dancers into death in this collection of ridiculous vignettes!

Inspired by my observations, routines and surroundings as a lonely little denizen of the gear, I often attempt to escape by way of creative practices. I try to keep a small sketch book at my side at all times in case of an emergency fit of reality. Most of these short comics were done while sitting in various cafes, bars and patios around the downtown area. While many of the stories were directly influenced by immediate situations others were entirely reactionary against the world all around. It is integral to my sanity to find humor in both real life and beyond the wall of imagination.

For example I remember the one panel comic “If buildings could talk..” was inspired by my former hideous housemates who insisted on smoking indoors despite the rules of the building and the unbelievably poor ventilation. Not only did my apartment fill up completely with smoke every 45 minutes or so but after a few weeks I realized these people were also hording garbage. It was quite a tale told by our landlord when he finally evicted them and inspected the place.

Likewise the comic about a mother brain washing her child with simulated military training disguised as a video game was also inspired by neighbors I'd had in an entirely different building. I remember in this particular apartment everyone on all sides of me ( neighbors above, below, and to the east and south) played these sorts of wars games non-stop. For hours on end and at all hours of the day and night I could hear bombs and bullets exploding followed by drunken cheers of victory and curse words of defeat.All of these silly comics are really just surreal expressions inspired by a surreal world, the idea is to not think about it too much and try to have a laugh inspite of all the chaos. At any rate this combination of allusions and illusions makes for some  fun little doodles.