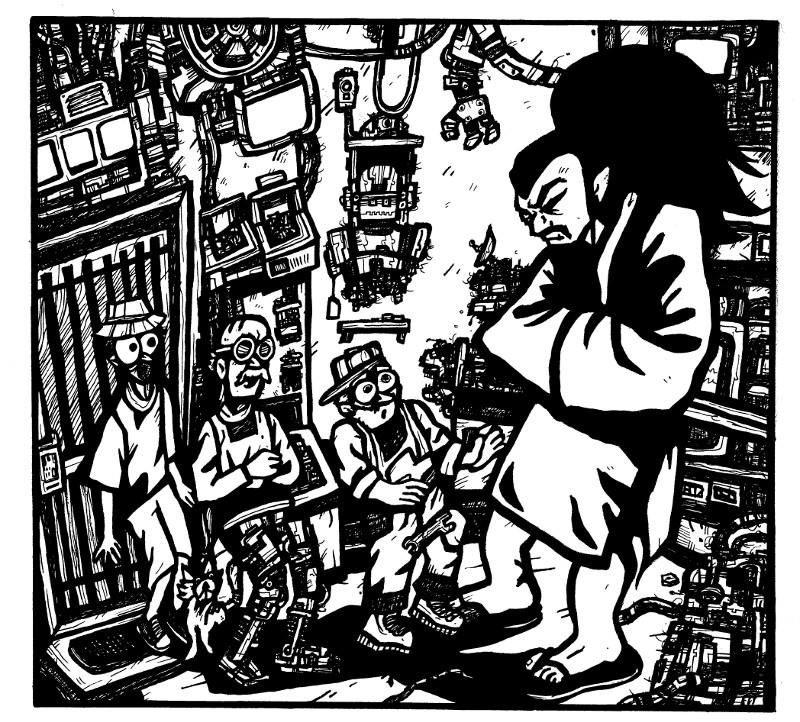 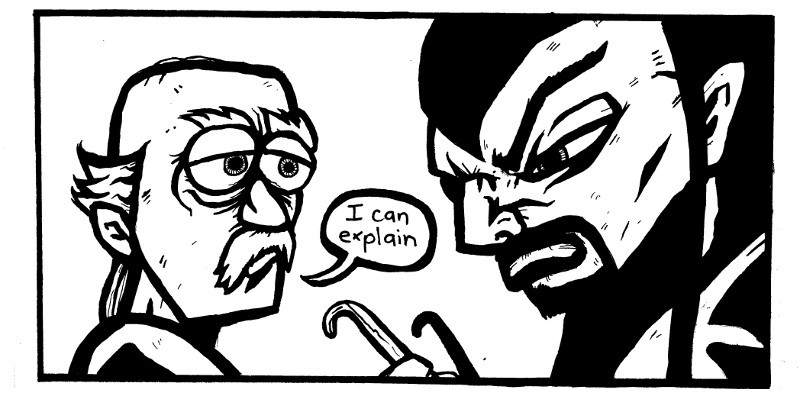 "THE DEMONS AT THE BLUE GATES PORTAL RIFT PT 5"

COMIC BOOK DRAWING SAMURAI STORY! The Guardian's of the City were no fools and had sensed unrest in the air around the suspicious labs. While they too employed ninja tactics to monitor the night, they relied far more heavily on a particular practice of meditation. A team of highly skilled samurai monks worked for the guardians using their extremely heightened senses for scouting and surveillance. The talents of these warriors far exceeded any normal radar or camera equipment as they were able to monitor aura and blood-lust completely forgoing any unnecessary detection. In addition to being a reliable skill the meditations never infringed on the privacy or rights of the citizens in the way that cameras and listening devices do. While following their regular duties these monks had noticed peculiar patterns in the companies aura. Having been alerted by their aggressive actions during the public debates the monks noticed strange negative elevations that didn't entirely coincide with the groups actions.

The businessmen had fluctuating auras shifting from anger to greed to hatred and excitement. In the regular world of the corporate battlefield these men were extremely adept at deceit and no normal human could ever penetrate their false smiles and true intentions but hiding from the meditative monks was an entirely different story. Even the slightest molecule of energy could be detected and it wouldn't take much to unveil any disguise. The black magicians were also knowledgeable of the art and quickly noticed the troublesome aura of their untrained partners. In order to suppress these stray emotions the magicians cast several hiding spells around the businessmen and sent some of the more problematic cases into exile. To hide their tracks they induced hypnosis upon some of the weaker employees and sacrificed them to the press with tales of internal bitterness resulting in a number of terminations. Regardless the damage had been done and they knew that delicate stealth and speed would be required in order to complete their plan without interference.

For several weeks following the slight alarm the magicians and ninja steered clear of the City working instead on preparations at various lakes and Ogre infested areas. The primary activity of the Wizard's involved setting up the various portals with symbols, spells and incantations while the Ninja secretly herd the Ogre's into suitable locations. Both tasks were time consuming but the Ninja's far more so as it was necessary to make the migrations appear to be as natural as possible. If there were any outbursts or especially unusual movements made by the monsters the Guardians would surely notice and send out their specialists. This of course was an action the black sorcerers had counted on. They planned to divert the Guardian's monster squad with surprise village attacks but the timing was crucial and everything else had to be ready first. (Continue Reading)