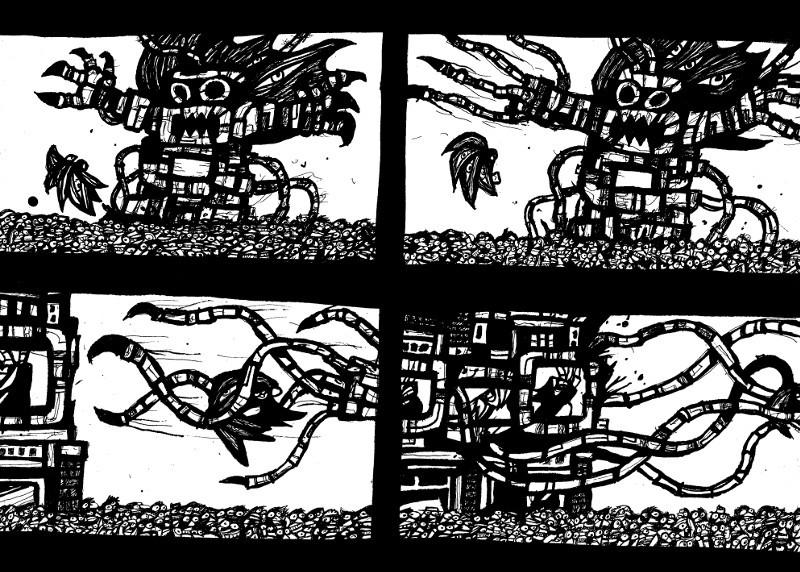 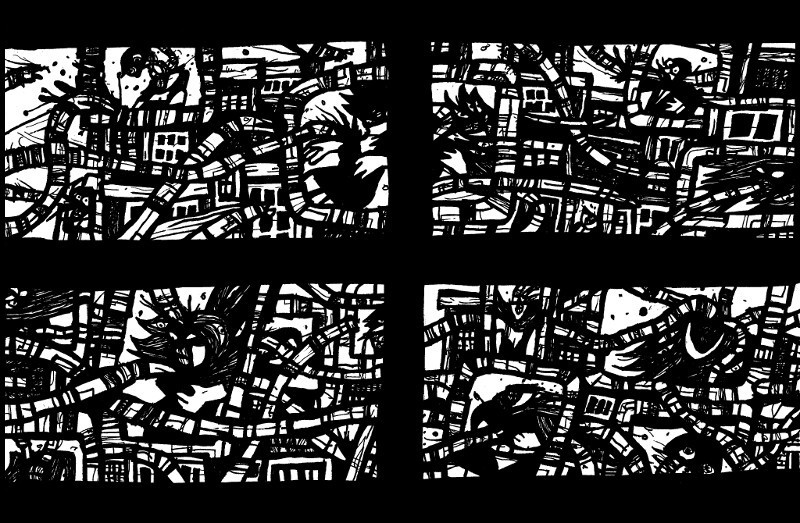 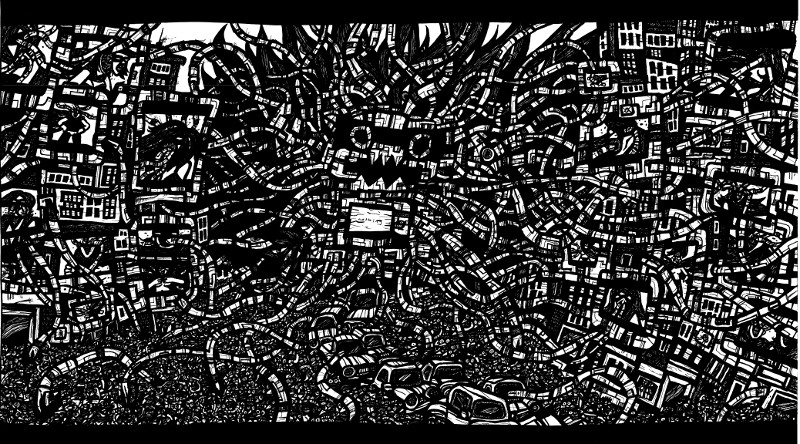 HEY APATHY! BLACK AND WHITE COMICS! As the battle between robots and man rages on, one tiny individual has taken it upon himself to dress up like a superhero a fly around the City! Unfortunately his unique decision to wear an eyeballed cape and a raccoon like mask has attracted some unwanted attention as the giant Billboard Robots have taken notice and offense to the heroes expressions. At first the machines attempted violence but as with Super-humans, the approach proved more difficult than they’d intimately presumed. So instead the creatures turned towards a more modern method of warfare, imitating and assimilating the hero’s identity! Within minutes of the commercialization the hero’s image was spread across all means of media manipulation and used to sell plastic products, plastic people, plastic music and plastic ideals! Amidst all the confused corruption the hero faces the most difficult of obstacles, trying to be himself in a world of carbon copies!!!! Read more HEY APATHY! comics if you think you can stomach the truth.