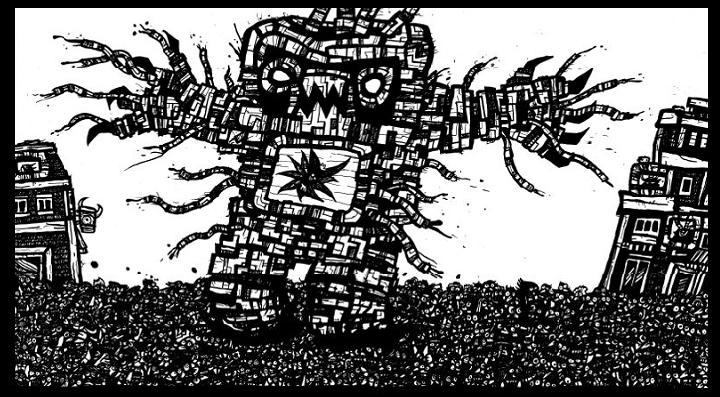 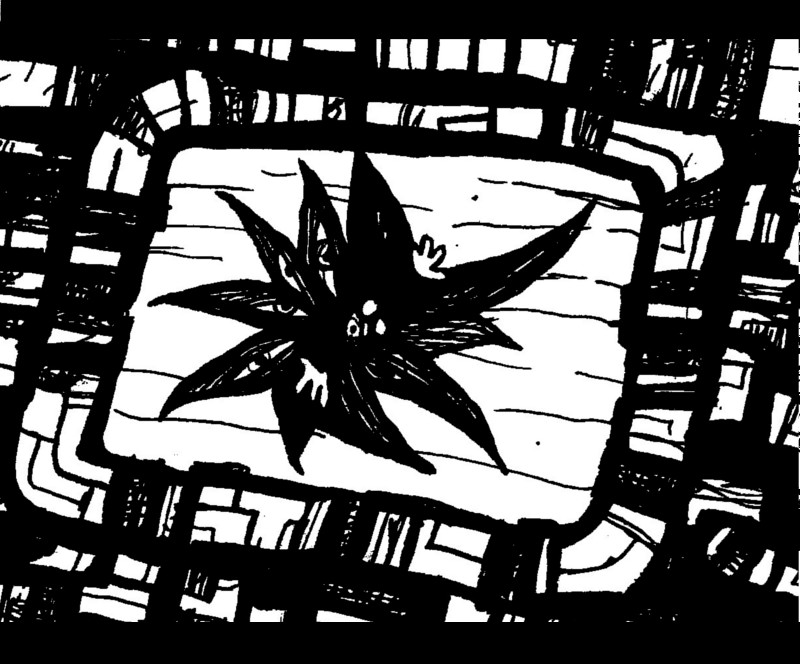 HEY APATHY! COMIC BOOK ART! Following one strange individuals attempt to stand up and think for himself a series of computerized copycats corrupt the City’s media-waves. The hero’s likeness is stolen and used to perpetuate all of the things he was trying to resist! The extensive re-generation and meaningless repercussions begin to weaken the protagonist as he begins to question his own beliefs!  I one last valiant effort the caped super-being flies fist forward into the Bestial Billboards. Will we ever see the HAWK hero again and if we do will it be a mere plagiarized painting in a New York City gallery or worse yet as the spokesperson for some sort of political campaign? The stories continue in HEY APATHY! Book 3 “the Surreal Comics” presented weekly right here in the City of Gears 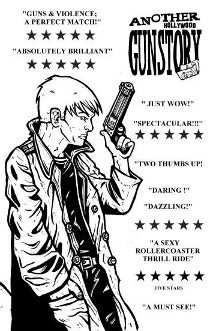 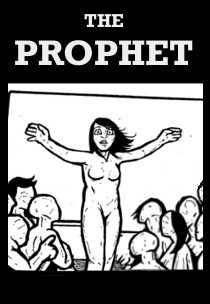