EXPRESSION ART OF THE APOCALYPSE 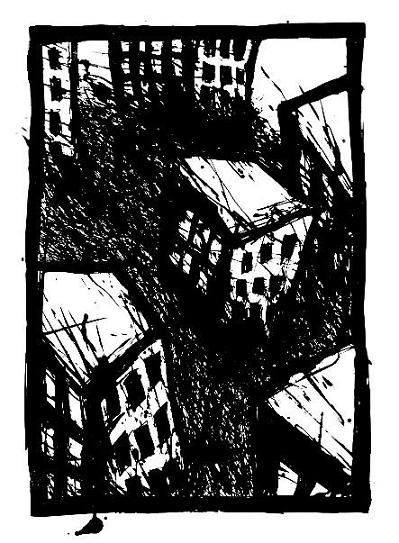 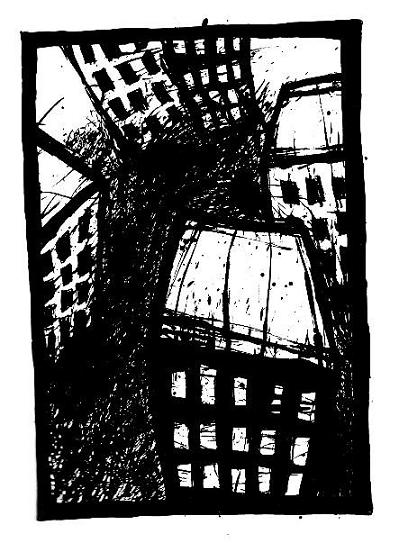 Expression Art of the Apocalypse! The city is like an ominous factory fuelled by infinite hordes of faceless denizens. The crowds a caught in an endless spiral moving machinery that produces only to destroy. The collective human unconscious is infected with cold nihilistic ideologies ruled by superficial, commercial and selfish desires. Under the control of flickering hypnotic messages the metropolises savage actions permeate throughout the entire world. Breeding suffering and self destruction the urban center turns a blind eye to the chaos it spreads in every direction. Like a nuclear blast the city leaves devastation in it's wake but one can only wonder how long it can last before suffering a similar fate.

“The Apocalypse” drawings made up the second part of a narrative diptych. The companion pieces depicted the city as a still graveyard type scene with tombstone skyscrapers and endless crowds of faceless denizens disappearing into the horizon. Coupled with these destructive images showing the same city under the duress of annihilation, the artworks suggest that our current lifestyle is a dead end and if we don't change we will face destruction. The graveyard scenes signify many concerns regarding the state of the city including alienation and consumerism while the apocalypse scenes symbolize a warning towards future days.

It is interesting to note that these images were created in the fall of 2000 and first exhibited in the Ontario College of Art & Design in March 2001. When I continued to show this collection the following year many people easily made connections between the imagery and the events of 9/11 however the work was actually done  a year before the attacks. I was trying to express a surrealist and emotional concern and not any particular event. Some of my concerns included the environment, war and psychological sustainability and the fall of the twin towers was certainly an example of the sort of future I feared. There were over 100 small variations of these images and 3 large mural sized ink drawings created for the major exhibition of “HEY APATHY!” which opened in Jan. 2002.