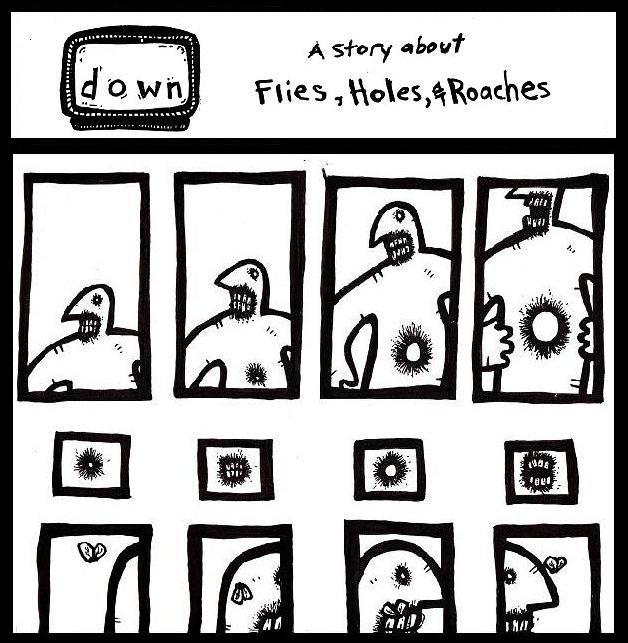 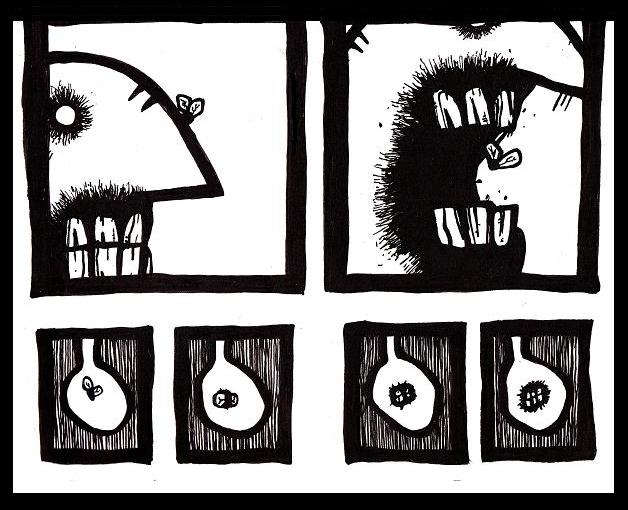 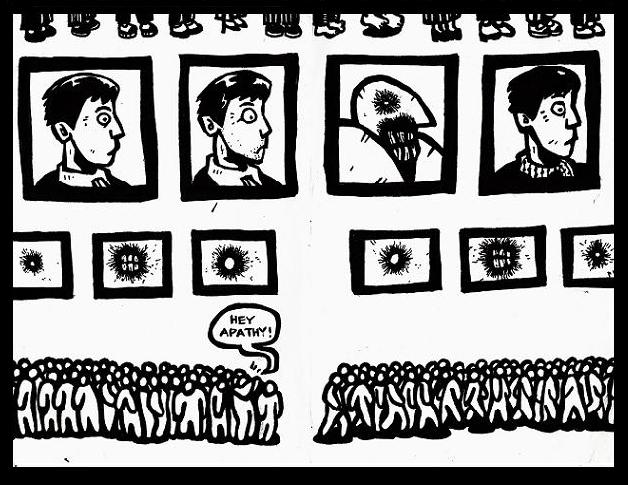 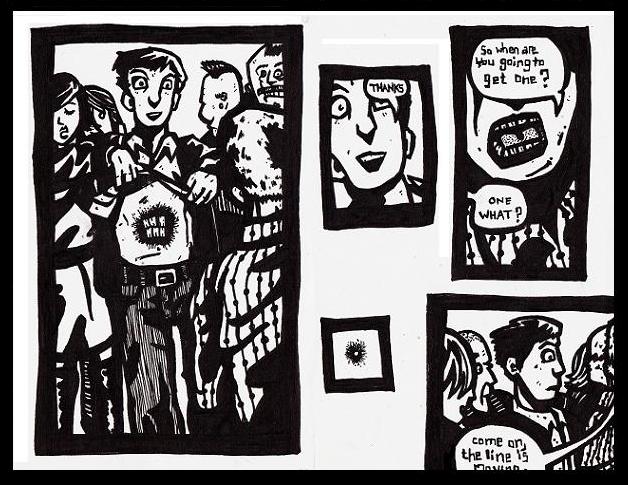 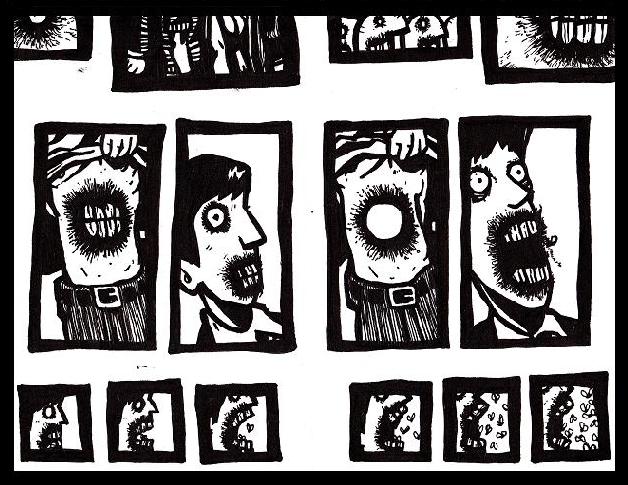 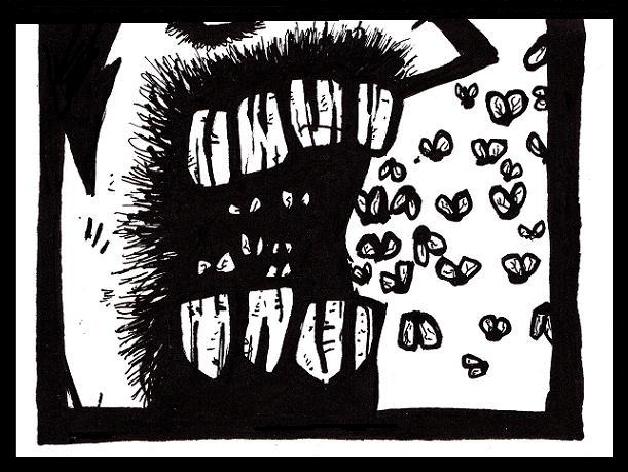 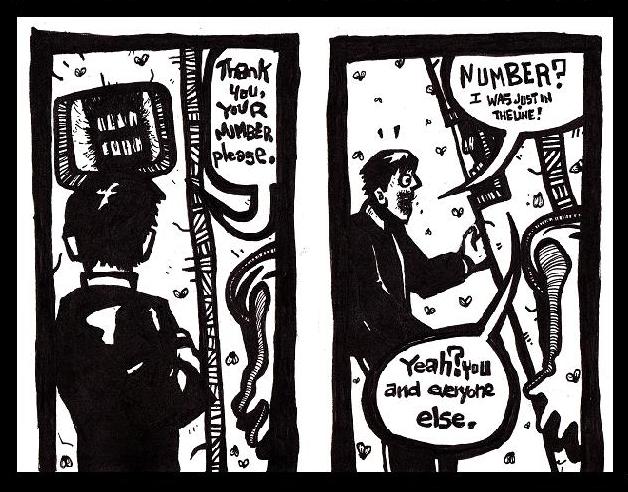 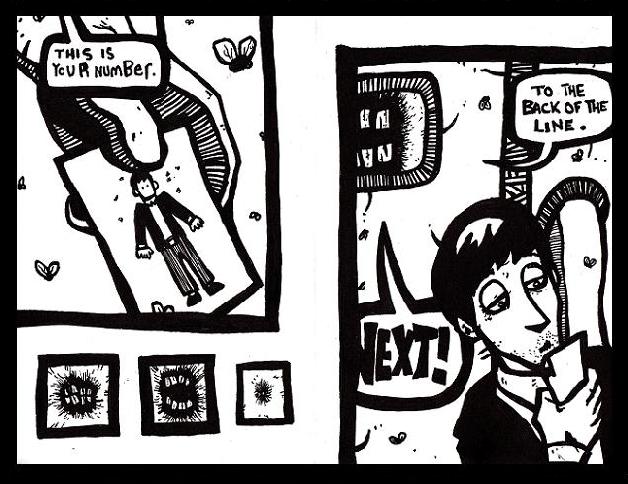 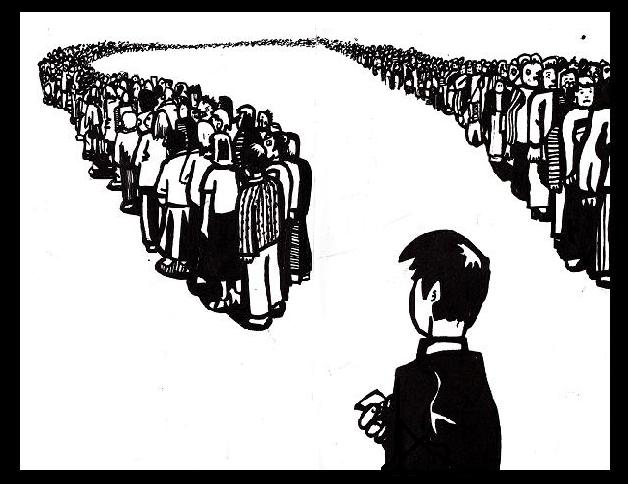 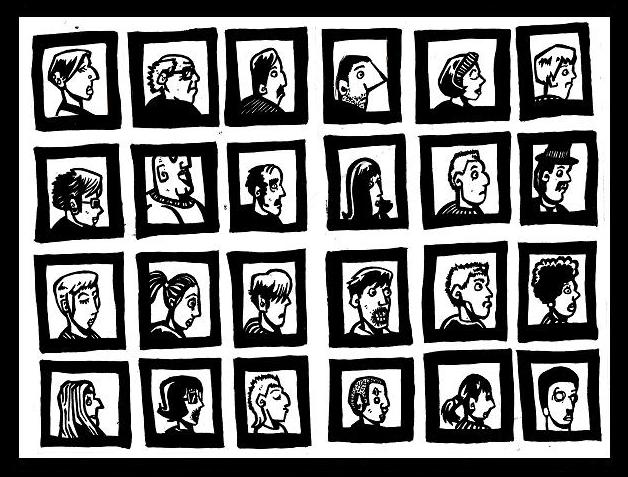 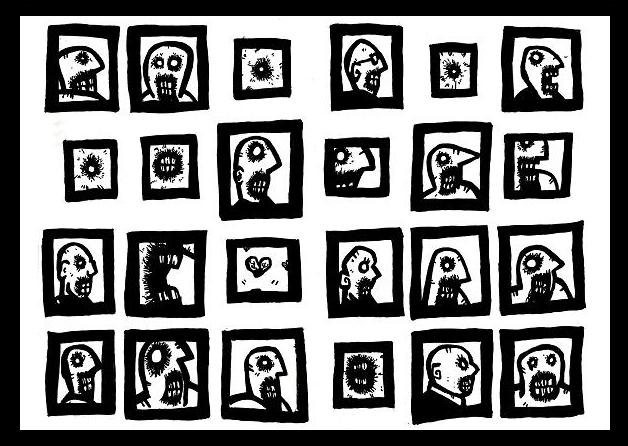 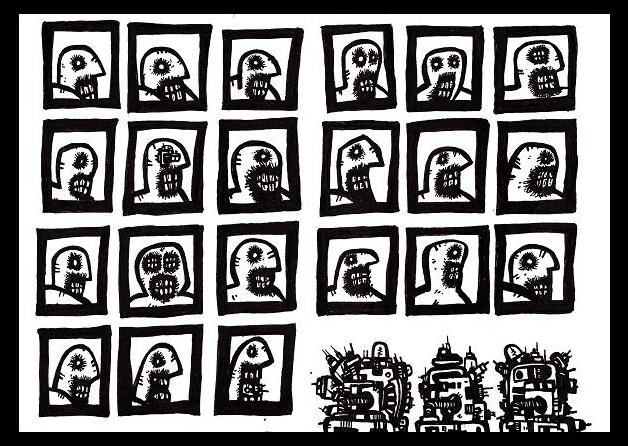 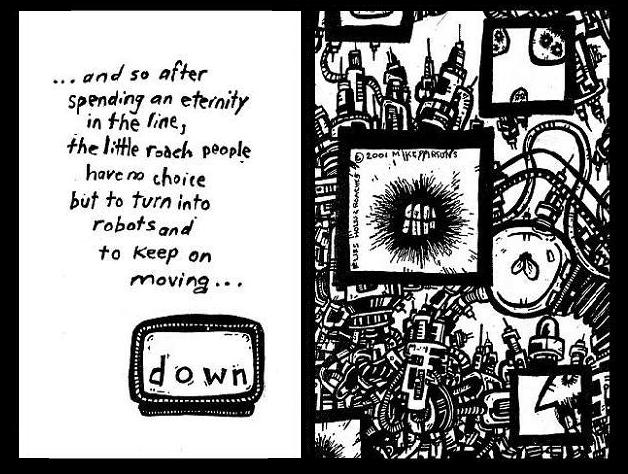 DOODLE MONSTERS! “END OF THE THE LINE”  The nightmarish fable follows a never ending line up through a world of Flies, Holes, and Roach creatures. The bizarre humanoids wait patiently for oblivion as they undergo horrific mechanical and physical metamorphoses. The tale focuses on one character trapped in the madness trying to discover his true identity only find an unusual appetite for insects. This short scary story is part of a horror comics miniseries I created entitled “DOWN” and was originally published as a limited edition photocopy magazine in the spring of 2003.

The DOWN surreal comics horror anthology was a three part experiment in terror conducted during the winter of 2002-03. The comics were part of the HEY APATHY! FLIES HOLES AND ROACHES drawing series. The archaic ink scribbles depict monstrous humanoids dancing ferociously about their daily routines. The images were primarily hieroglyphic outlines of figurative creatures with fierce blackened teeth and eyes. As a part of each installation of my fine artworks I also create several multimedia components such animations and comic books.

The DOWN monster comics featured narrative explanations and character designs I was painting as graffiti street art. The simple outlines of these doodle monsters were ideal for illegal graffiti throw ups because they could be painted very quickly. In order to make the connections between these creepy characters and our daily routines more obvious I decided to make a comic in which people and the creatures were completely interchangeable. Asides from this inspirational starting point all three of the DOWN surreal monster comics were created spontaneously on sketch book paper. There were no scripts or preliminary drawings instead I simply started to draw and let the pictures guide themselves (Maybe that wasn't the best approach?). The beauty of working in sketchbooks instead of on high quality drafting boards is that I never really care what I draw in them. This lack of initiative frees me from pressure or constraints associated with an expensive piece of paper or permitting a state of self-unconscious creativity.