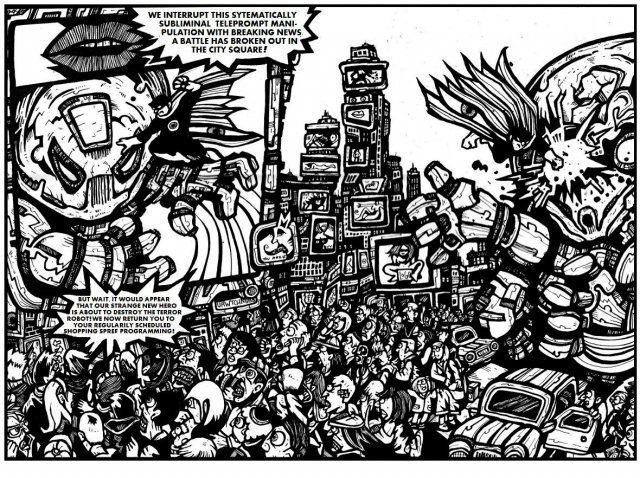 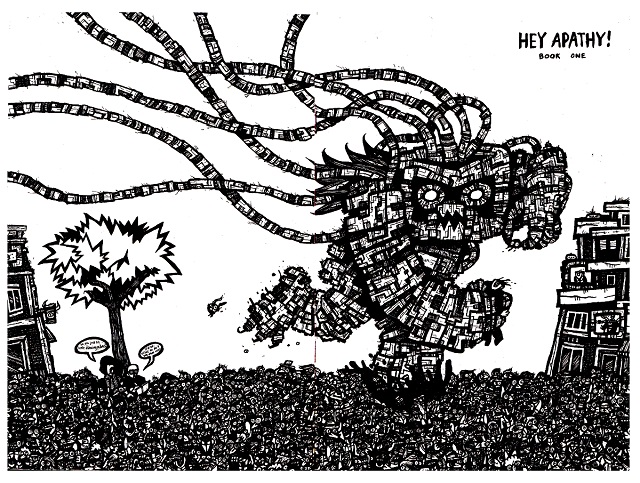 The images included on this page are mostly from my own works but give a good sense of the styles I like to experiment with.  The top  image is  a two page splash spread but it actually has a bit of sequential storytelling going on. On the Right hand side of this image we can see a billboard news broadcast of a superhero battle. At the bottom the crowd appears mesmorized by the giant screen even though the actual action is taking place on the left side of te street scene, literally just behind all the people watching the action on TV. The second image is a gatefold wrap around cover I did for my first comicbook.The rest of the images are traditional comics pages taken from different short stories and projects I have worked on. I chose these images because they show a variety of different panel to panel techniques.