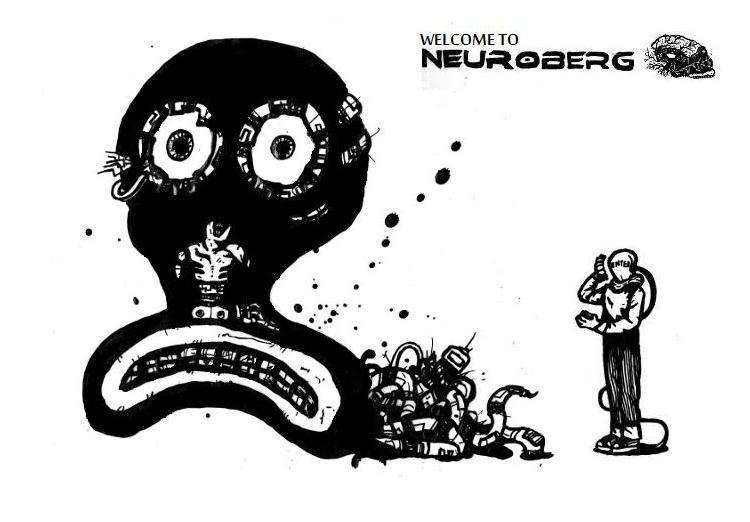 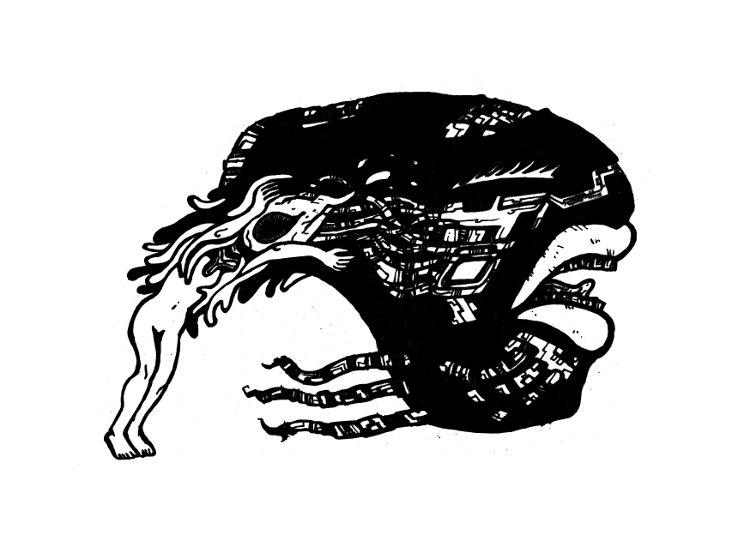 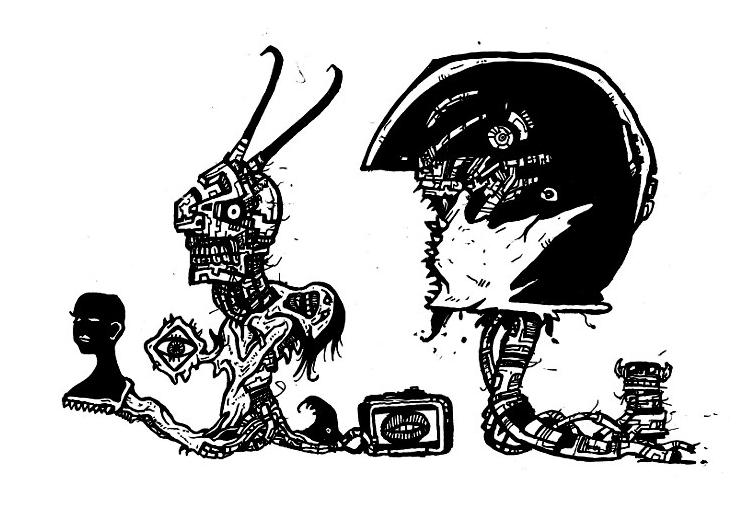 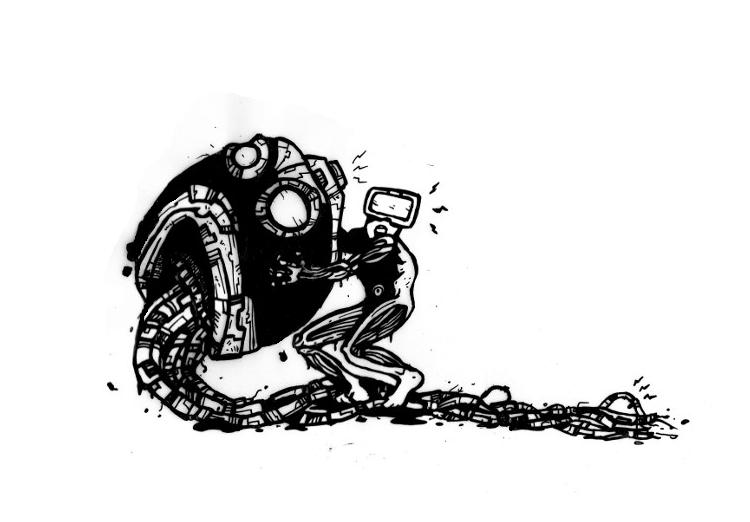 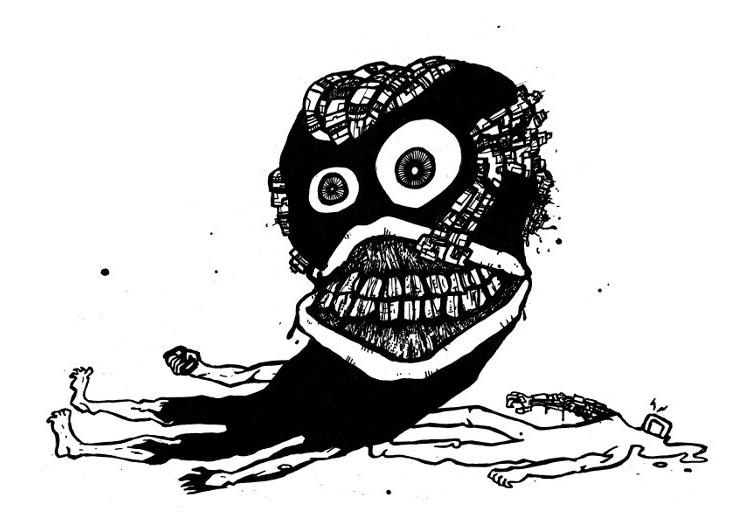 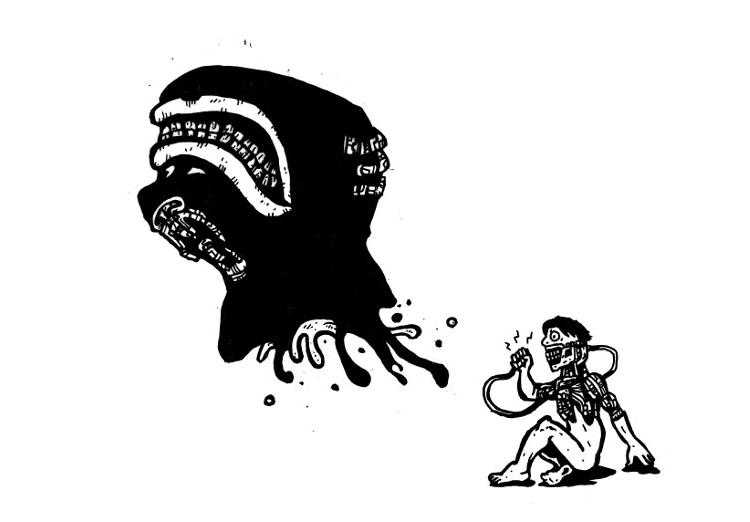 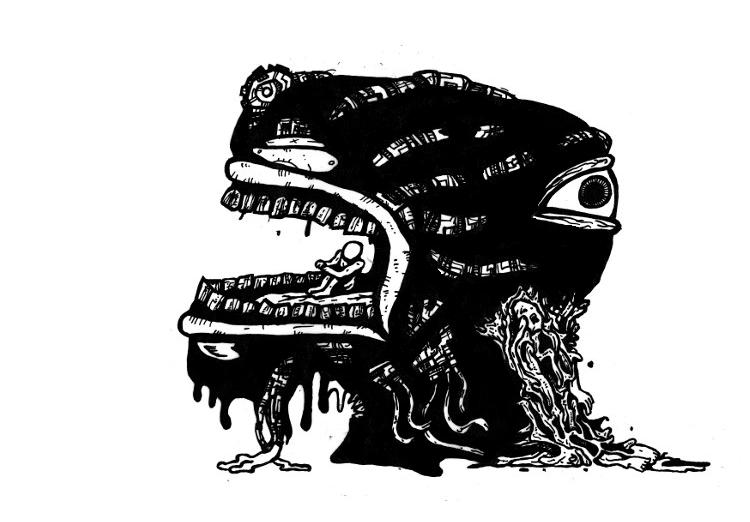 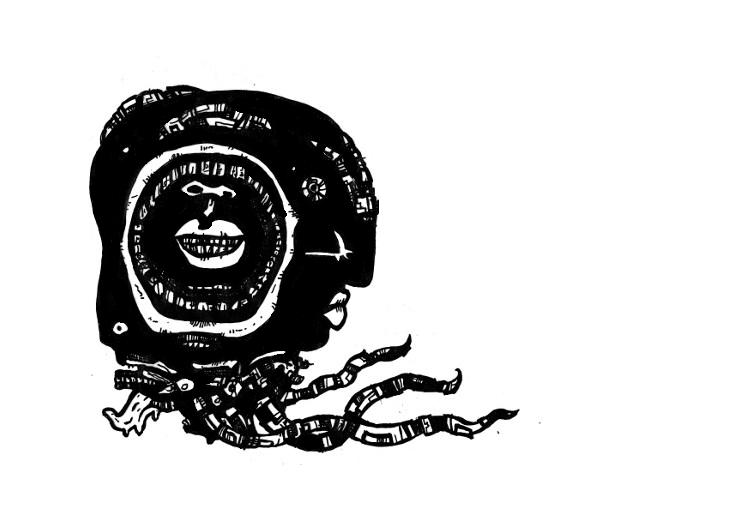 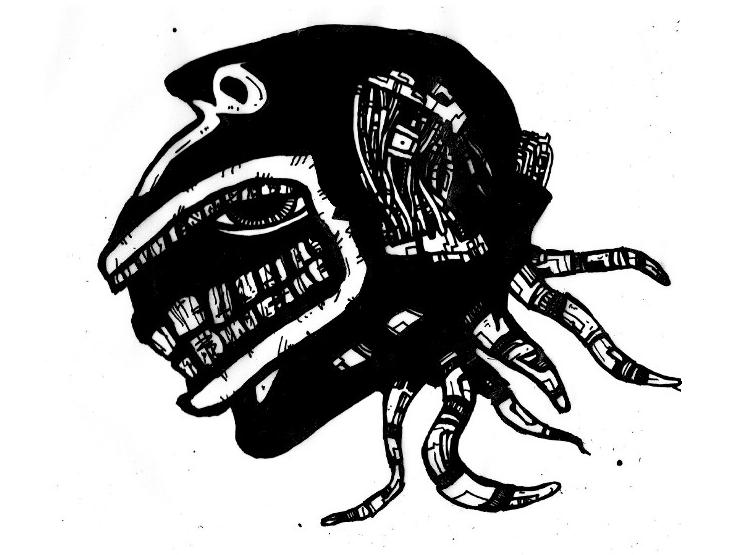 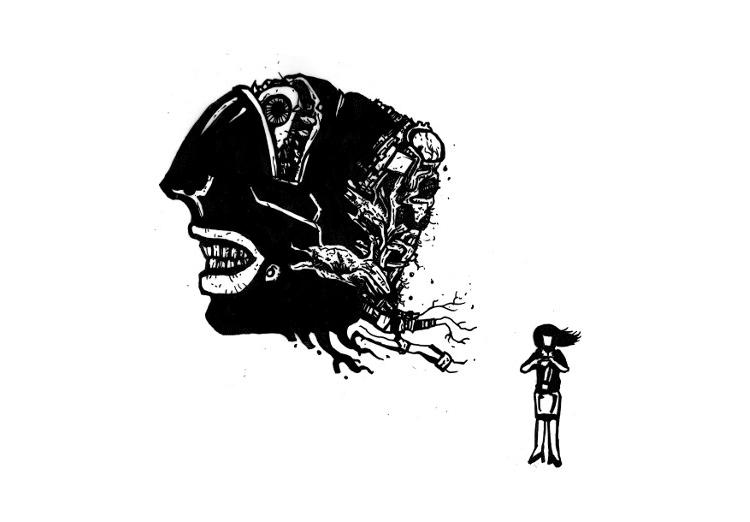 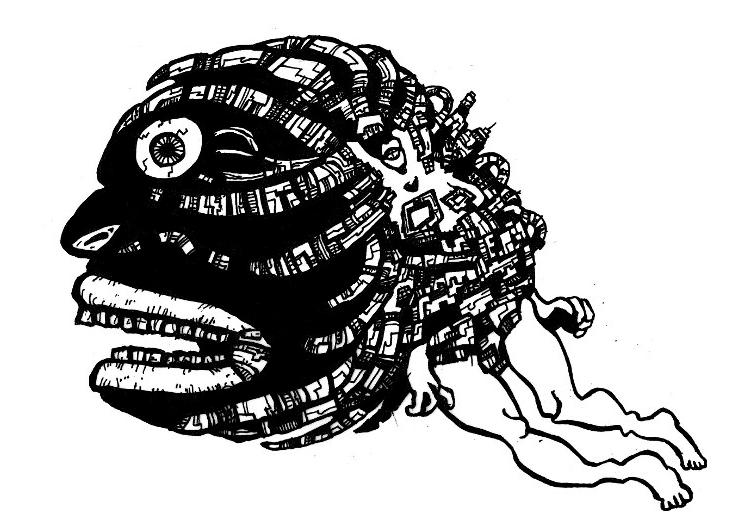 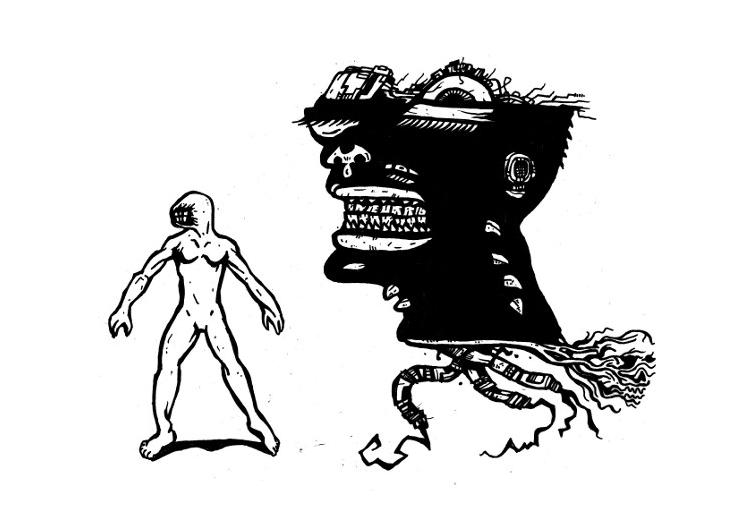 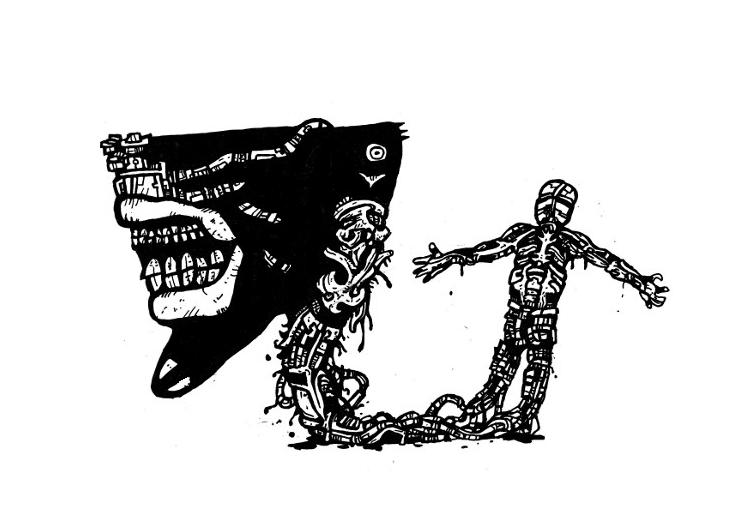 NUEROBORGS Comic book drawings Gothic of man as a neurological cyborg! Existing within an entirely a virtual construct, the essence of these human subjects lies not in portraits of physicality but instead in technologically telepathic renderings. The true nature of the models manifests itself externally as large dark silhouetted projections. Consisting partly of shadows and partly of machines, the floating likenesses represent the enhanced escapist teleplays mechanically induced inside the imaginations of each and every individual. In fact the entire collective, electric, unconscious is operating within an intangible world. With each passing second interactions are improved  via devices,  leading one to ultimately question the usefulness of an unsustainable body when  compared to the grandeur possibilities of a mind in the digital eye?

This collection of quick illustrationswas inspired by the increasing amounts of time I’ve been spending on the computer.  In this amazing way the technology permits us access to resources and tools unlike any anyone has ever known, however, in this other weird way I feel some odd effects on my mind.  I don’t really know how to explain it (which is probably why I drew the pictures), but it has to do with my internal dialogue. It’s like that never ending narration that broadcasts throughout my brain is  now alwaysat the movies, shopping, travelling reading,and always craving more. My mind is in hyper drive, it is like being lost in a futuristic library unable to differentiate euphoria from disorder. These black and white monster drawings are meant to examine the notion of the human psyche as it is subliminally separated from the body by way of mechanical advancements. The drawing process was primarily meditative, I would spend a little time each night rapidly scribbling out these strange telepathic images, simultaneously extracting the racing thoughts and useless information I’d accumulated throughout the day. These drawings were made with two sizes of technical pens, a brush, and black India ink on paper. Jan 2011 Mike Parsons