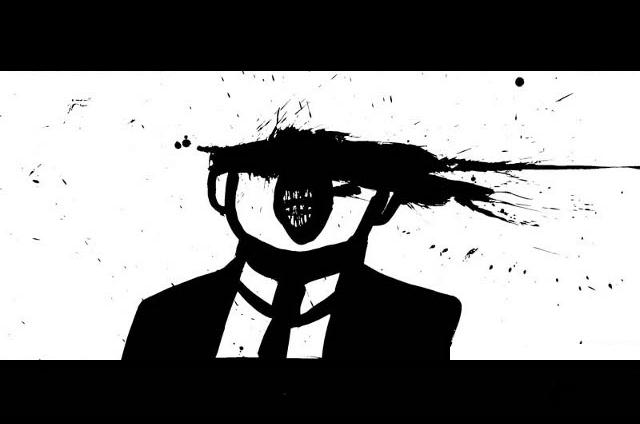 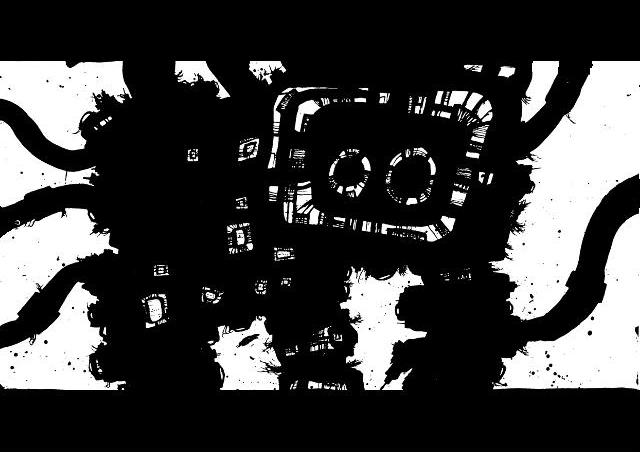 Cartoon Faces from the Monstrous Metropolis! Technological tentacles, man as animal, man as machine and exploding psyches crowd the city’s busy sidewalk. Strange thoughts manifest through cyborg fashions, multiple personality disorders and unusual orifices as the metropolis reveal it’s true features. On every street corner hand held devices assimilate conversational socialization, outwardly calm individuals scream inwardly and splattered black ink stains the clothes of innocent pedestrian bystanders. The telepathic carnage spreads like an extra-terrestrial commercial plague. Inspired by the endlessly  weird crowds of characters passing through the downtown core these artworks were all made while sitting on the sidewalks of Toronto’s Queen Street West throughout the summer of 2005.

In order to create these strange caricatures, I decided to set up my studio in the middle of downtown TO. To make urban art I felt it was important to immerse my self into the public forum.  By working outside I could observe and interact with my subjects (humans) during their normal routines. In essence the idea was to make the city, rather than the artworks or gallery, the subject of investigation.  The experiment proved amazingly inspired and I found myself engaged in immeasurably varied and unique interactions. I talked to children, business men, derelicts, teenagers (also derelicts) travelers, and tourists; people from all over the world and of all walks of life.  Working in public became of the most interesting and exhilarating experiences of both my career and life.

All of these crazy street art portraits were made with black India ink on white paper. The images were drawn rapidly using various sized brushes for the gestural figures and a bamboo pen for finishing details. The drawings were created live in front of large crowds on Queen Street West. A poster sized illustration would generally take 3 minutes or less to render. This was ideal for public performances as imagery could appear almost instantly in front of the passing audience’s eyes. There were approximately 50,  30 x 40 “ monsters and over 500 smaller 8.5 x 11 works made in between March and Sept. of 2005. 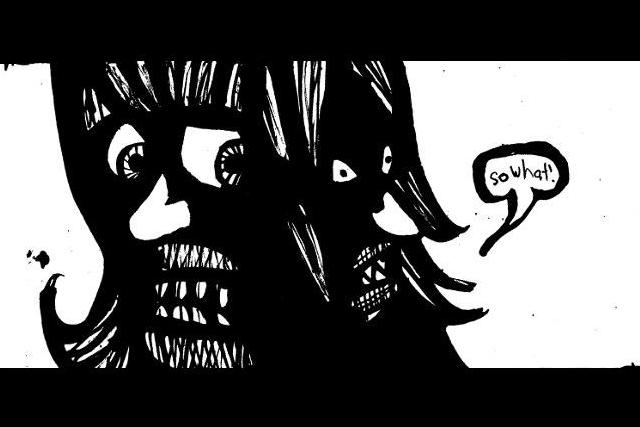